In an effort to decrease the amount of trash found in recycling bins and save taxpayer money, the City of El Paso Environmental Services Department (ESD) will begin a blue recycling bin audit starting Tuesday, October 25.

The City’s contractor, Freidman Recycling Company, has reported the amount of contaminants (non-recyclable items) that has reached the facility has increased dramatically, which increase the fees to the City.

Non-recyclable items can create a hazard for employees who sort recyclables and can damage equipment.

ESD crews will be searching recycling bins for non-recyclable items at least once a week to reduce the amount of trash that is reaching the recycling facility. The audit will be handled on a resident’s normal trash/recycling collection day. If it is determined that the majority of the contents of the recycling bin is non-recyclable, the container will be removed.

If the customer does not comply with City’s recycling ordinance (Municipal Code 9.04.100), the ESD may repossess the recycling bin. If the recycling bin is taken, the customer can get their bin back by participating in a Recycling Right class provided by the ESD. The ESD urges residents to recycle properly to avoid having their recycling container removed.

The ESD reminds the public that trash is not allowed in the blue recycling bin. This includes:

The City of El Paso began offering voluntary curbside recycling service in 2007. Recycling is good for the environment; it reduces landfill consumption; and it keeps El Paso clean and beautiful.

For more information on the recycling program, visit El Paso Recycles or call 311. 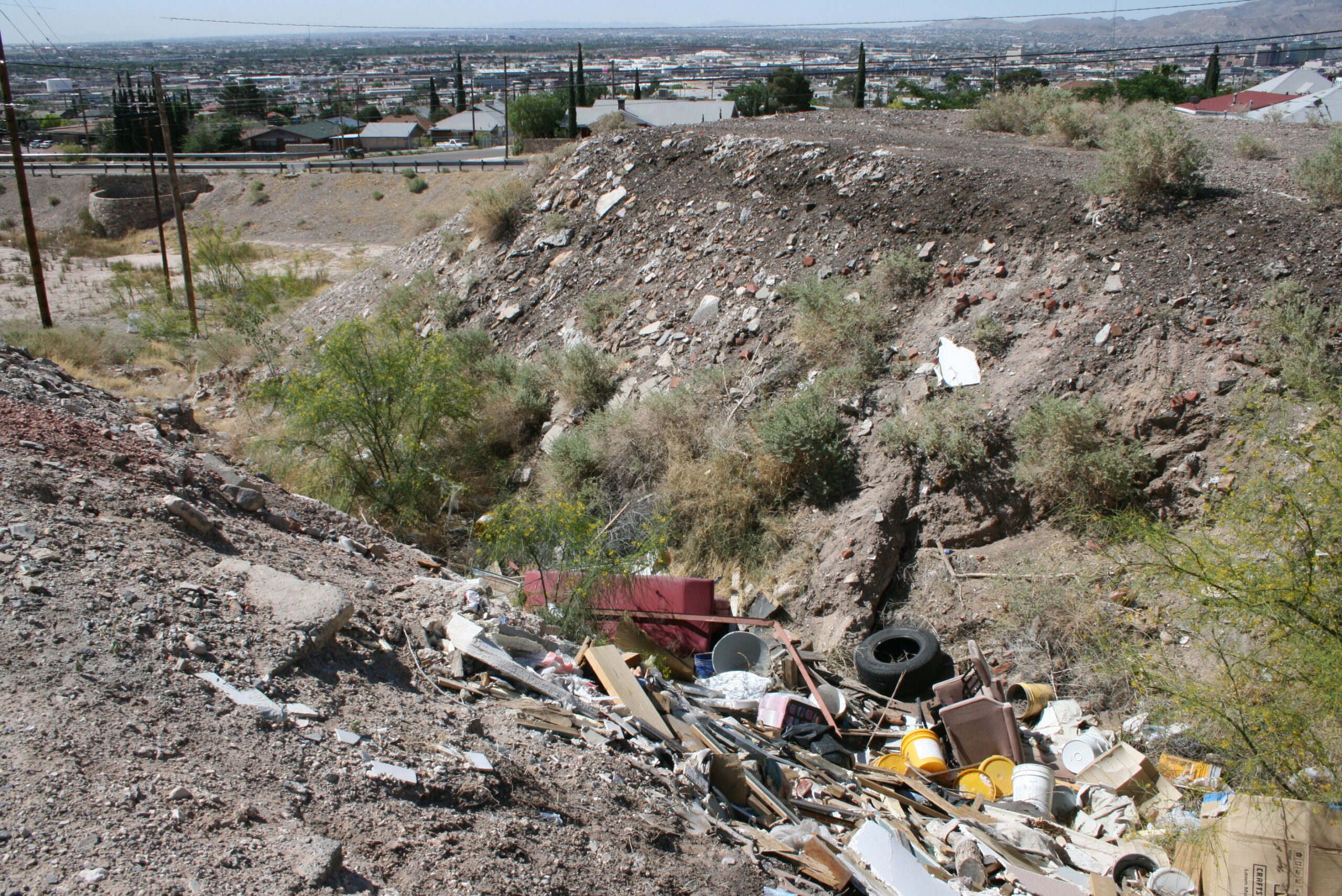