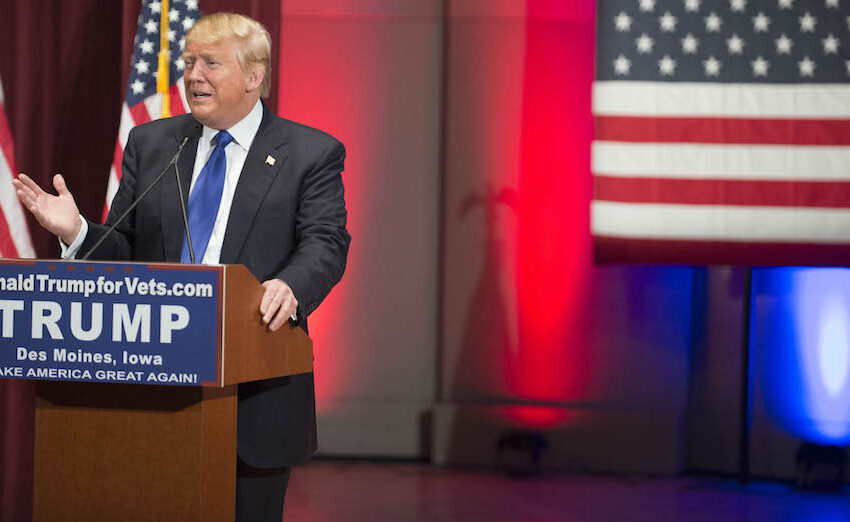 While many Americans living in Texas and across the country have concerns about the agenda of the incoming Trump administration, children living in El Paso and along the U.S.-Mexico border have perhaps the most pressing and heartbreaking questions one could imagine.

El Paso is consistently ranked as one of the nation’s safest cities and is a place where children typically are not fearful of the future, but on Nov. 9, thousands of children woke up to a different El Paso after finding out from their parents, siblings or social media that Donald Trump was elected president.

In talking with teachers and principals from the region this past week, I’ve learned about the difficult questions children posed.

Some asked their teachers about the electoral college and why Donald Trump was elected president despite receiving fewer votes nationwide. This was perhaps the easiest and most straightforward question of the day.

Teachers also reported that children asked questions about what Trump’s election meant in relation to particular family members who are recent immigrants or refugees having fled from violence in Mexico. Will my father, mother, grandparents or cousin be deported? If they move back to Mexico, could they be killed?

Children of all ages without citizenship or legal status who immigrated to this country with their parents also asked questions about whether they will be allowed to stay in this country. Will I be sent away? Will I be separated from my family? What if I don’t know anyone in Mexico because everyone is here and I’m deported?

Children also had questions about Trump’s proposed border wall and whether they will be able to visit with their family in Mexico or have their family visit them here in El Paso. Will I get to see my grandparents on Christmas? Will I see them ever again? What about my cousins and my friends? What about sick relatives?

There were also questions about the Trump electorate and wondered if the rest of America hated them because they were Mexican. Why would people elect Trump president after what he said about Mexicans and women? Do white people hate Mexicans? Does Donald Trump? Does he think we are all rapists? Do you think he hates me? Why has he said such things about us?

Many teachers reported that their children were crying because of Trump’s election. In hearing their stories, I knew these teachers had an absolutely exhausting week, and many were also wrestling with their own concerns for family and friends.

Some might say the questions posed by El Paso children since the election have been overstated, exaggerated or politically motivated — but it should be clear to all that no presidential election should trigger such immense fear and vulnerability in our children.

I have tremendous faith in the educators in El Paso and in our community’s strength and commitment to its student, but I want ask all Texans and Americans for their support — Trump’s supporters and detractors both, as well as those who don’t interact with children. For all groups, it is our collective responsibility to protect our children, as they are our most precious and vital resource.

I hope that the by sharing some of the questions posed by children in El Paso, all of us can critically question President-elect Trump’s statements and policy positions and remember that thousands of children in El Paso and millions across the country feel threatened and vulnerable in the current political climate.

I ask for all Americans, in this moment and in the proceeding four years, to think about El Paso and children across the nation. I ask that you use your voice and vote to protect the educational rights, civil rights and human rights of all children, regardless of their background or country of origin.

Disclosure: The University of Texas at El Paso has been a financial supporter of the Texas Tribune. A complete list of Tribune donors and sponsors can be viewed here.