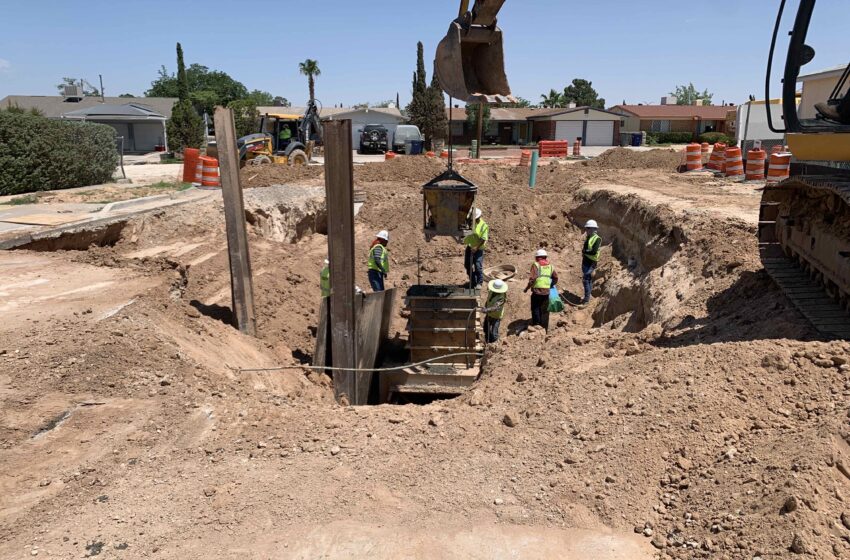 With the Monsoon officially underway, officials with EP Water took the opportunity to review their response to the storms and provide updates to on-going projects.

Beginning on June 27, a series of heavy rainstorms blanketed the borderland for several days, putting much of the city’s stormwater infrastructure to the test.

“The entire region has taken a big hit as a result of the rain events of last week,” said Alan Shubert, EP Water’s Vice President of Engineering, Operations and Technical Services during a press tour on July 8th. “We are working as fast as possible to add additional manpower and resources to help make emergency repairs to our hardest hit areas.”

According to officials, at its next regular meeting on July 14, the Public Service Board will be asked to formally approve an emergency resolution that allows the utility to fast-track repairs to areas like Sam Snead in East El Paso and the Ojo de Agua Channel in West El Paso.

El Paso typically receives about nine inches of rain per year. Recent rain events toward the end of June 2021 brought more than half of our annual rainfall in less than a week.

“El Paso’s monsoon season timeframe is defined as June 15 through the end of September, and some areas have already exceeded the average rainfall for the monsoon season this year,” said Anthony Brown of the National Weather Service.

For many, the rains were a reminder of Storm 2006, and the flooding that changed the way EP Water approached flooding and future projects.

In 2008, the City of El Paso established the stormwater utility and placed it under the control of EP Water to oversee operations, maintenance, and capital improvements.

Officials share that in the 13 years since the stormwater utility was created, EP Water completed more than 35 major stormwater projects and dozens of localized flooding projects throughout the city, adding more than 100 million gallons of stormwater capacity.

“The stormwater projects we’ve completed in the areas of West, Northeast, and Central El Paso have worked,” said Shubert. “However, we are only a few hundred million dollars into a billion-dollar problem, and we are prioritizing these projects based on cost and public impact.”

The Gateway Ponds project consists of two ponds on the east and west sides of I-10 between Piedras and Copia exits, connected by a 5 ft diameter pipe, as well as a new pump station and force main. This project significantly reduces flooding on the busy interstate and in the surrounding community.

The Silver Springs Dam project in West El Paso was completed earlier this year. A new sediment basin and box culverts were built to slow rushing stormwater and capture debris. In recent rain events, the dam held mountain runoff and diverted it into channels, preventing significant flooding along Silver Springs Drive and downstream to Sunland Park.

Along Fairbanks Road in Northeast El Paso, an area notoriously known for dangerous runoff from the Franklin Mountains, an underground conduit was constructed along with a three-chamber sediment catch basin.

EP Water officials say the new infrastructure decreases the speed of rushing stormwater, allowing sediment to drop to the ground, keeping it off neighboring streets and improving public safety.

As for safety, EPWater urges everyone to keep these tips in mind during monsoon season: 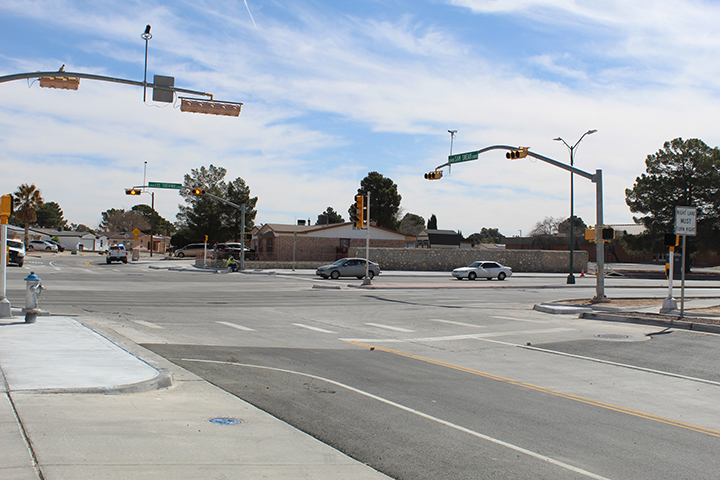