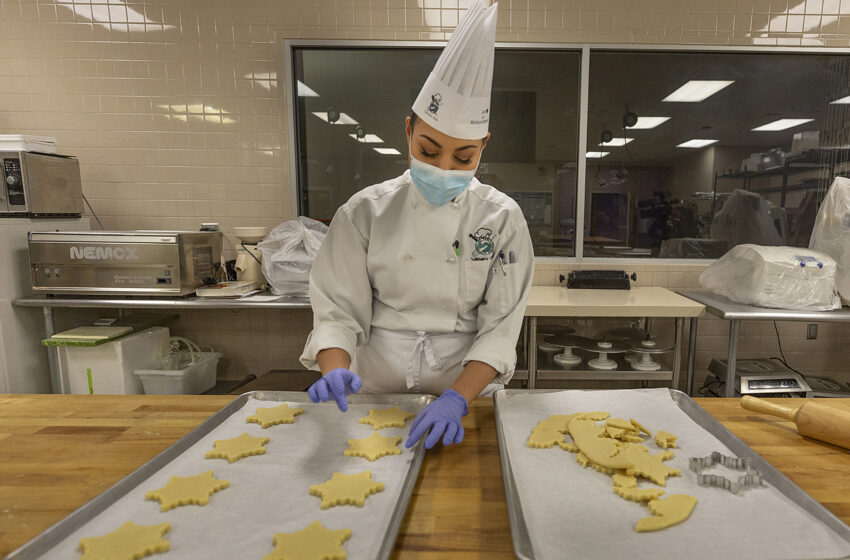 “I am humbled and happy and it is a total pleasure to see people cheer for a fellow El Pasoan. Something EPCC has taught me is that you should aim to be a better person not just for yourself but for the community and I feel accomplished just by seeing smiles. It really has been the better prize for me,” Ana Dominguez said.

The season two Christmas special episode titled Christmas Countdown features the two bakers demonstrating their culinary prowess. The judges commented on the team’s ambitious and impressive execution of their bakes, ultimately unanimously choosing them as the winners. 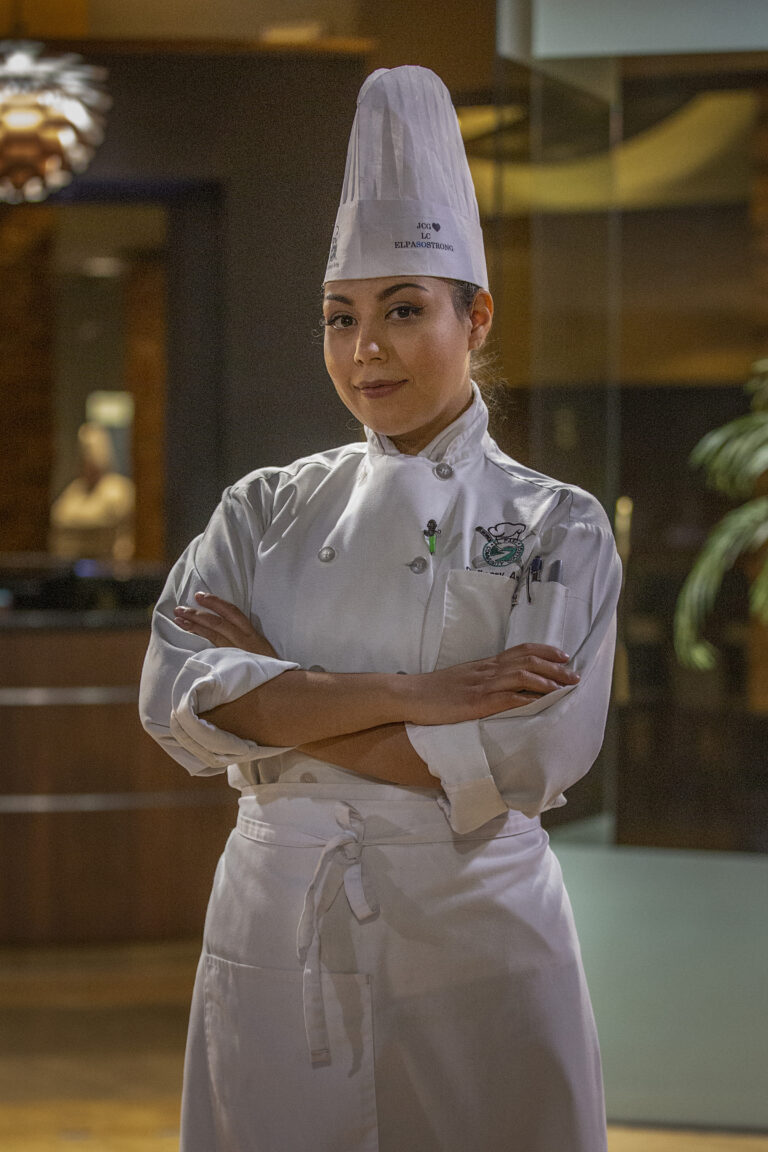 The first-place finish would not have been possible without EPCC’s Culinary Arts program. It is there that Ana Dominguez earned her degree and took classes from co-competitor Jonathan Bowden.

She explains, “I am very grateful to EPCC for all the opportunities provided in order for me to accomplish my goals. I fondly remember receiving scholarship awards to continue with my studies and in the program, I always felt there was so much support from the instructors who were invested in my education and for me to succeed.”

Since graduating, Dominguez has brought the skills she gained professionally back to EPCC as Adjunct Faculty where she positively impacts students’ lives the way Bowden once did for her.

She talks about how the lessons she’s taken from the reality television competition have informed her classroom instruction. “I want students to set goals for themselves and work for them and this experience has proven to me that we can get what we work for. That is the number one lesson I want to pass on to them out of the experience I had being on a high production show.”

EPCC Culinary Instructor and Discipline Coordinator Daniel Guerra is not surprised about the win. “Our mindset is to be this region’s best culinary program from San Antonio to Phoenix and beyond. We feel very confident in the quality of our graduates and will gladly put them in competition against any other school’s grads.” Chef Guerra’s confidence is well founded as the reputation of the program extends well beyond the region, with companies in California and Alaska recruiting EPCC Culinary Arts graduates.

Whether assisting the city of El Paso in times of need or judging Girl Scout Cooking Events, the program stands ready to serve. It also supports the community by being the only Culinary Arts Program at the collegiate level in the region, with the closest similar program in Albuquerque.

EPCC officials add that the program leaders and instructors intend to maintain their 100% placement rate, providing graduates with a satisfying career in an industry where there is growth and demand and providing the region with much-needed skilled workers in the service industry.