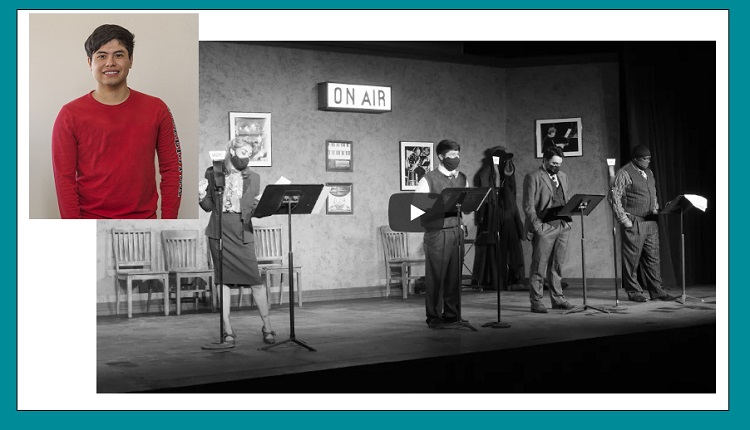 Elijah said being accepted by the American Academy “really opened my eyes to what I truly wanted to pursue as a career.”

“It is my belief, and my teaching philosophy, that we here in theater at EPCC are in the job of opening students’ minds to the incredible possibilities of a lifetime pursuit of theatre’” Ted Karber, Jr., EPCC Theater Arts Coordinator said.

“Elijah is an example of what we, as teacher and theater artists, can do for our students.”

Elijah is currently co-starring in the EPCC online production of Candy Matson, P.I. and the Cable Car Murder as Detective Ray Mallard. You can view the production via this link.

The Academy alumni hold a total of 110 Oscar, 324 Emmy, and 95 Tony nominations and include Robert Redford, Spencer Tracy, Danny DeVito and Anne Hathaway.

Founded in 1884, The Academy is the most prominent conservatory for actors in the English-speaking world. Its purpose is to provide students with the tools needed to make acting their profession.