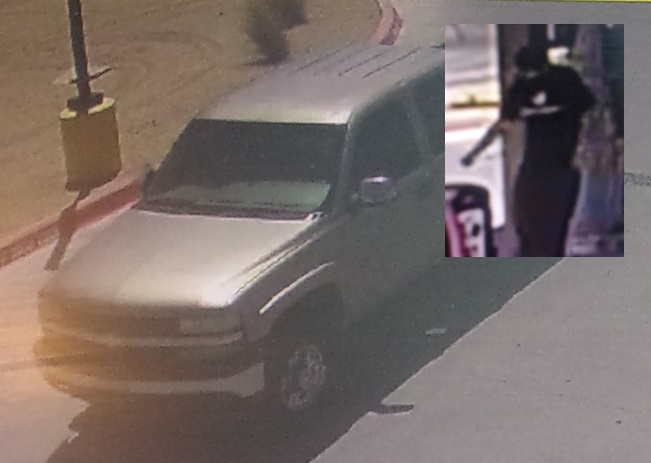 Officials with the El Paso County Sheriff’s Office (EPCSO) are asking for assistance from the community in identifying an unknown person, wanted in connection with a criminal mischief investigation.

EPCSO officials share that on May 3, 2021, Sheriff’s Office deputies were called to the 13030 block of Eastlake Boulevard in reference to a criminal mischief call.

“The male subject is seen wearing dark clothing and appears to have tattoos on both his forearms,” EPCSO officials add.  “The offenders’ truck is described as a 1999-2006 brown Chevrolet Silverado.”