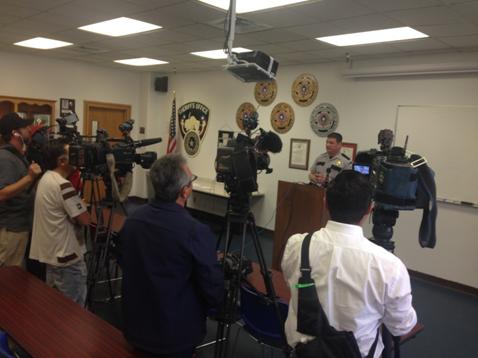 Sheriff Wiles concluded the press conference with the introduction of the Data-Driven Approaches to Crime and Traffic Safety and training of personnel on internet crime. “The approach uses crime analysis to identify areas where we are having crime problems, putting the resources there and looking at the traffic flow and how that impacts the crime.”

Wiles said, “Online we are seeing, and getting reports on crimes on the internet, Craigslist, Backpage.com and Facebook on people involved in sexual activities, drug sales, stolen property, and illegal utility hookups. The Sheriff’s Office is working on training our employees on and off duty how to identify suspicious activities on the internet that could be a crime.”