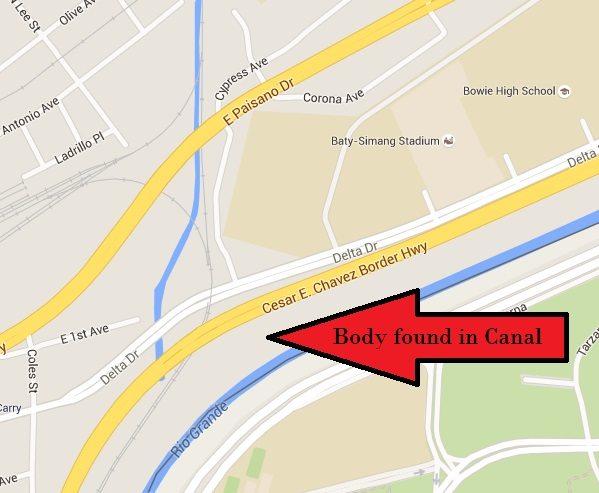 According to officials, crews were called out at 12:31 a.m. on Sunday August 30th, to the intersection of Delta Drive and Cypress Street where the Border Patrol discovered a body at a canal gate and called 911.

The first unit arrived on the scene at 12:39 a.m. and firefighters were able to spot a person wedged at the canal head gate. The Water Rescue team was immediately dispatched.

After the El Paso County Water Improvement District personnel arrived on the scene, they were able to open the head gate to release the wedged body. The Water Rescue team, waiting at the Bridge of the Americas platform, was able to recover the body out of the canal at 2:44 a.m.

Officials said the body was that of a male,approximately 40-50 years of age.

The El Paso Fire Department would like to remind the public that canals are extremely dangerous and should be avoided. People often get swept away because they don’t understand the mechanics of the water.

“The canal system is meant to move water quickly,” Water Rescue Captain Kristian Menendez said. “At the surface the water appears to be moving slowly, but the center of the canal is the fastest moving part. Also many times many of the people who jump into the canal system believe that because the water is shallow they can make it across easily. The force of the water is such that is pushes you down stream and requires good swimming techniques.”

A total of 6 units and 14 personnel from the El Paso Fire Department responded to this incident. El Paso Police, U.S. Border Patrol and El Paso County Water Improvement District assisted in this incident.

There were no injuries to fire personnel.