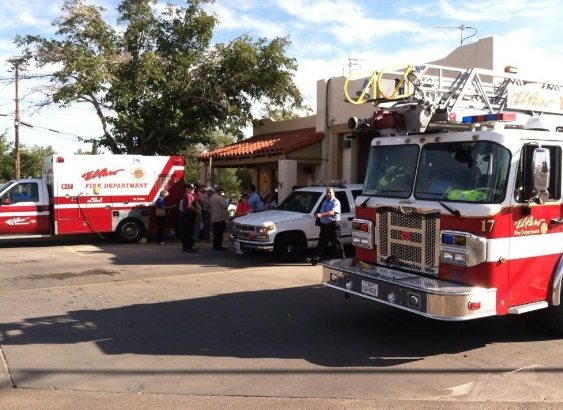 Via a Thursday morning news release, the El Paso Fire Department reminded the public that the use of fireworks inside the City of El Paso is illegal. Residents caught using fireworks inside city limits can be issued a citation; fines go as high as $2,000.

More importantly, there is no safe way to use consumer fireworks.

According to the National Fire Protection Association (NFPA) and the Alliance to Stop Consumer Fireworks, between 2009 and 2013, U.S. fire departments responded to an annual average of 18,500 fires caused by fireworks. These fires included 1,300 structure fires, 300 vehicle fires, 16,900 outside fires. These fires have killed two people a year.

However, the vast majority of firework injuries occur without a fire starting. According to the Consumer Product Safety Commission (CPSC), more than half of firework injuries each year are to extremities: hand or finger (36%), legs (14%) and arms (5%). Most of the remaining injuries were to parts of the head (38%), including the eyes (16%).

“These numbers are extremely alarming,” Assistant Fire Marshal Carlos Piedra said. “We are sharing this information with the community because we don’t want El Paso to contribute to these regrettable and preventable statistics.”

According to the CPSC’s 2014 Fireworks Annual Report, fireworks caused an estimated 10,500 injuries that needed treatment at emergency hospitals across the nation.

The report points out that 67% of these medical emergencies occurred between June 20 and July 20 of 2014. That year, there were also 11 firework-related deaths, several of which involved people who were not using fireworks but were trapped in house fires that were caused by them.

About 35% of people injured by fireworks are under the age of 15. Children ages 5-9 require the highest level of emergency treatment. So how can you celebrate Independence Day safely? The El Paso Fire Department recommends attending a firework display put on by trained professionals.

Story in Many, Many Pics: El Pasoans...