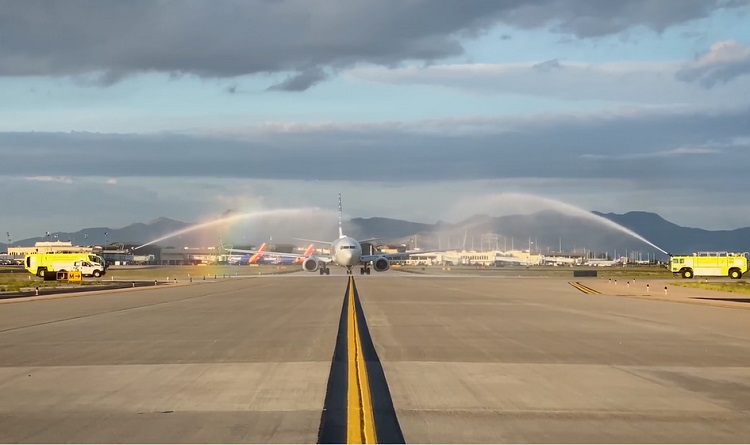 Early this morning, crews at El Paso International Airport, as well as the air crew and passengers aboard American Airlines’ inaugural flight from the Sun City to Charlotte were treated to celebration in honor of the event.

As the flight taxied to the runway, the Boeing 737-800 was showered by water from the facility’s fire trucks, as the droplets formed a rainbow over the tarmac and the jetliner.

“Flights to Charlotte considerably enhances the region’s access to the east coast, Europe, Mexico, and the Caribbean,” Sam Rodriguez, Director of Aviation said. “This is an exceptional addition for our leisure and military traveler, but also significant for the business traveler who is projected to start traveling again later this year.”

The schedule from El Paso to Charlotte is as follows:

“We are excited to strengthen our network at ELP with new nonstop service to Charlotte, one of American’s largest hubs,” said Brian Znotins, American Airlines Vice President of Network Planning. “We look forward to welcoming more local customers to fly with us and
further connecting them with our global network through CLT and beyond.”

For more information visit flyelpaso.com,  to purchase tickets visit aa.com and to view our past coverage of the airport, click here 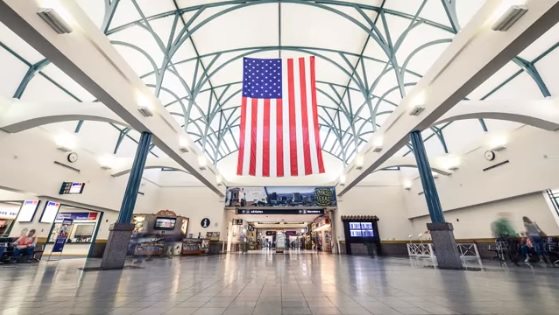