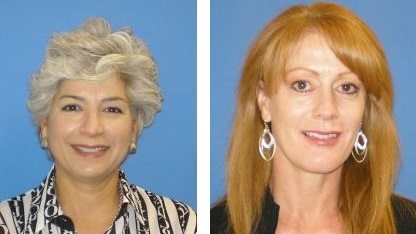 “We continue to strengthen our schools by appointing principals who value student-centered innovation,” Cabrera said. “I’m confident that Ms. King and Ms. Martinez will help us further our efforts of providing a high-quality education to every student who enrolls in our District.”

King will return to Transmountain Early College after spending two years there as the Guidance & Instruction Assistant Principal from 2010 to 2012.

She most recently served as the Discipline Assistant Principal and then the Guidance & Instruction Assistant Principal at Irvin High School. She’s also served as a counselor and classroom teacher at several schools throughout EPISD. King has bachelor’s and master’s degrees from the University of Texas at El Paso.

High School and previously worked as a teacher and magnet coordinator at Silva Health Magnet High School. Her previous experience includes stints at a classroom teacher at Milam Elementary and Ross Middle, as well as the principal at El Paso Country Day School.