Students in Northeast El Paso will soon attend a new school whose name celebrates the memory of a local veteran who fought for the freedom of our country during World War II.

The EPISD Board of Trustees this week chose the name of Capt. Gabriel Navarrete for the new middle school that will be built on Fort Bliss property.

“The name is very fitting and it celebrates the life of a man who made tremendous contributions to our community throughout his life,” said Board President Bob Geske. “It is a very appropriate name, too, since the construction of this campus is made possible by a partnership with Fort Bliss.”

Navarrete was part of the legendary U.S. Army’s Company E that was composed chiefly of Mexican-American young men from El Paso and served valiantly during the war.

The school will be built using Bond 2016 funds on land leased by EPISD from Fort Bliss near the site of the current William Beaumont Army Medical Center.  The 25-year lease was approved by the Board this week.

The new Navarrete Middle will merge the students of Bassett and Armendariz middle schools.

Navarrete was born in El Paso in 1915 and enlisted in the Army in 1940. He quickly rose through the ranks and served under Capt. John Chapin during WWII. He participated in four battles and was wounded eight times during his service in Europe.

For his service, he obtained the coveted Combat Infantry Badge as well as four Purple Heart medals, two Silver Star medals, a Distinguished Service Cross medal and a Medal of Honor.

After the service he settled back home in El Paso and worked for decades as the County Veterans Service Officer, helping hundreds of local veterans secure the services and honors they deserved.

He married his wife Elvira and had four children. Navarrete passed away in 1988. 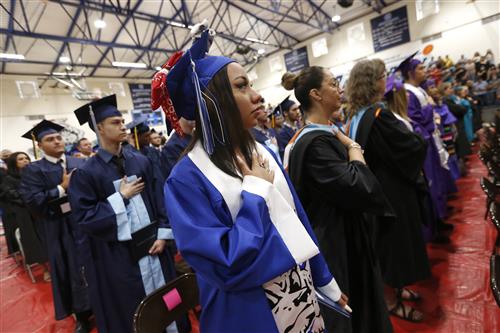