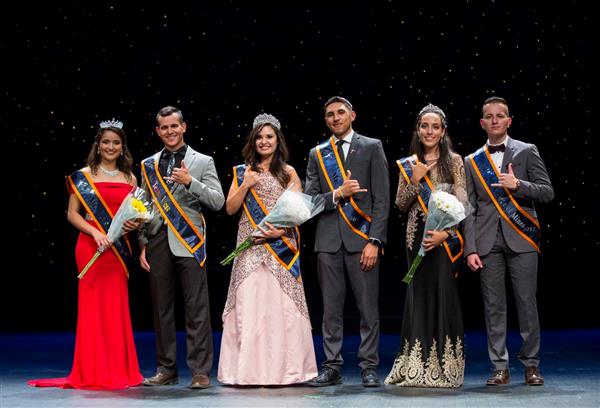 The University of Texas at El Paso has a new homecoming queen, and her majesty has close ties to EPISD.

Melissa Melendez, the El Paso Independent School District’s assistant director of staff development, was crowned Ms. UTEP in front of a large crowd of students and supports on Sunday night.

Ms. UTEP is the equivalent of homecoming queen at the university.

Melendez’s selection was a non-traditional one — the mother of three is a doctoral candidate in the College of Education and a seasoned educator who began her teaching career at Richardson Middle School in 2005.

She competed against 20 other UTEP students, most of whom are in their late teens or early 20s.

However, Melendez said she decided to compete to show that university life at a school like UTEP includes students of all ages and professional backgrounds.

As Ms. UTEP, Melendez will participate in the weeklong homecoming festivities that include a parade, galas and – of course – the homecoming game between the Miners and Western Kentucky Hilltoppers.