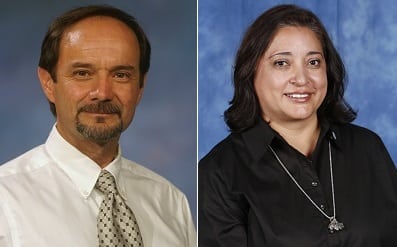 The new principal at Coronado is longtime educator and administrator Marc Escareno. Elizabeth Prangner will assume the role of principal at Cooley on a permanent basis after serving as acting principal for several months.

“EPISD understands that the role of a school principal is a deeply important one, and I am confident that we have selected two amazing leaders to serve the students and communities at Coronado and Cooley,” said Superintendent Juan E. Cabrera.

“Mr. Escareno and Ms. Prangner have a history of commitment to the children of El Paso that will serve their staffs and students well. I have confidence they will do a great job.”

Prangner is an experienced educator with nearly 30 years of experience as a teacher, assistant principal and principal. Before her assignment to Cooley, she served as principal at Hart and Alta Vista elementary schools. She taught bilingual education at schools in El Paso, Grand Prairie and Dallas.

She also taught GED and other adult-education courses at federal correctional institutions in Fort Worth and Anthony, Texas. She has a bachelor’s degree and two master’s degrees from UTEP.