After a year-long hiatus from the stage due to the pandemic, the El Paso Symphony Orchestra will once again perform and celebrate the 10th annual “Pop Goes The Fort” concert.

“This is our first full orchestra performance since the pandemic halted our concert season in March 2020. What a wonderful blessing to get to start our 90th anniversary season performing for our troops at Fort Bliss!” said Ruth Ellen Jacobson, Executive Director of the El Paso Symphony Orchestra Association.  “James has put together an exciting and varied program mixing traditional patriotic music, contemporary patriotic music, and pop music performed with the Eli Zamora and Youth Opera of El Paso.” 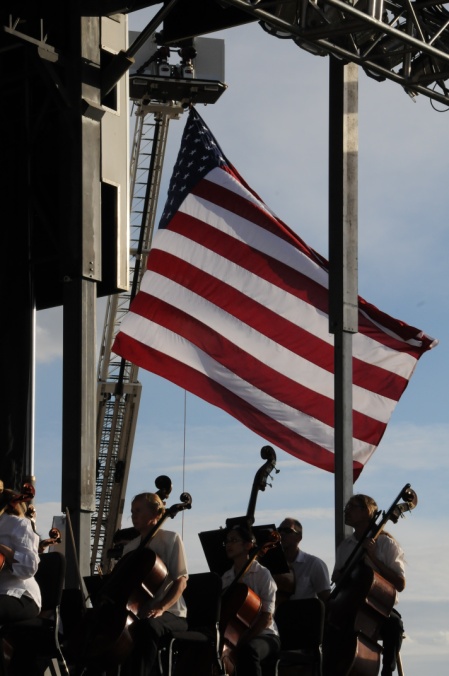 The Pop Goes The Fort concert, saluting the brave men and women of Fort Bliss and all those who served to protect our country and celebrating America’s Independence, is on Sunday, July 4, 7:30pm at Biggs Park, 11388 Sergeant Major Boulevard on Fort Bliss.

Pop Goes The Fort is open to DOD (Department of Defense) I.D. holders and their guests.

In addition, 14 Youth Opera of El Paso singers will lend their voices for this special evening that will culminate with a spectacular fireworks display.

Born in the El Paso, 25-year-old Eli Zamora caught the attention of “The Voice” judge and pop star Kelly Clarkson when he sang a ballad – in Spanish – during blind auditions.

Currently residing in Las Vegas, Nevada, 18, Zamora released a Spanish-language album in 2018 and maintains a YouTube channel and various social media platforms featuring both original songs and covers of contemporary hits such as Billie Eilish’s “Everything I Wanted” and Whitney Houston’s rendition of Dolly Parton’s “I Will Always Love You.”

The El Paso Symphony is working with the Fort Bliss, Family and Morale, Welfare and Recreation (MWR) to make Pop Goes The Fort  special.

The El Paso Symphony Orchestra is supported in part by the City of El Paso Museums and Cultural Affairs Department and the Texas Commission on the Arts.

CBP Officers Seize Fentanyl at the Ysleta Port of Entry

The Salvation Army and

The Salvation Army and