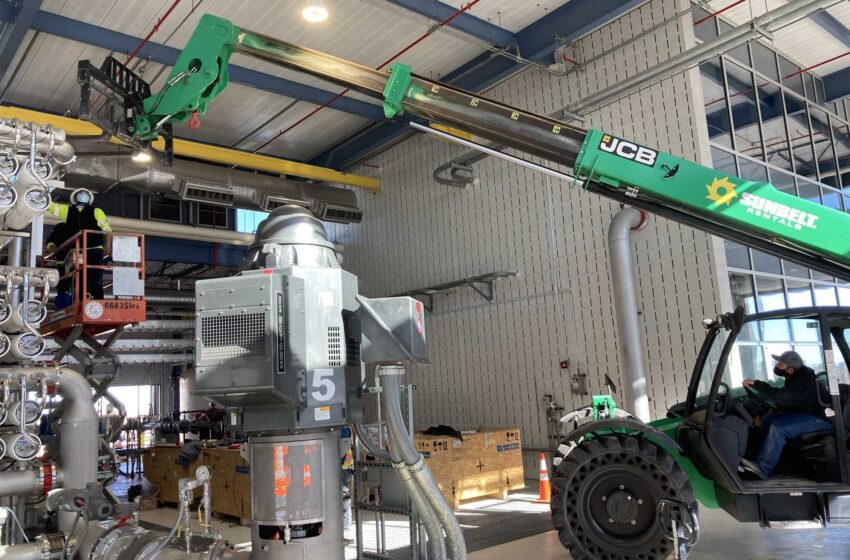 It is safe to say that Scott Reinert, Hydrogeologist and Water Resources Manager for El Paso Water loves his job. With more than 20 years of service as a hydrogeologist at the utility, there is still an enthusiasm in his voice when he describes the projects he oversees that are significant to providing a sustainable water supply.

Reinert represents EPWater and its interests through leadership in several key roles. He is President of the Multi State Salinity Coalition, which promotes advancements in technologies for desalination and water reuse. He also serves as the Vice President of the Far West Texas Regional Water Planning Group, responsible for updating the region’s comprehensive 50-year water plan every 5 years.

The 2021 Far West regional water plan was recently finalized, submitted, and approved. It then is incorporated into the statewide Texas Water Plan.

“Involvement with regional water planning is just fascinating,” said Reinert. “We look ahead fifty years into the future to determine the supply and demand for El Paso.”

Continued drought has impacted the water supply El Paso receives from the Rio Grande. The city’s growth is also a factor in EPWater’s long-term water management planning to ensure the community has water for the future.

The Source Water Augmentation Parallel Pipeline project is part of an expansion of the Kay Bailey Hutchison Desalination Plant, the largest inland desalination plant in the world. Since 2007, the plant has been using reverse osmosis technology and a pressurized process to remove salts and other contaminants from brackish water.

The project will take additional brackish groundwater in far east El Paso and treat it to drinking water standards. EPWater will use eight existing wells that were not in use due to high salinity levels. The new pipeline will send additional water to the desalination plant.

“You can’t expand the plant output if you don’t increase the amount of source water,” Reinert said.

The project design is nearing completion with construction expected to start within a few months. The construction will entail the installation of seven miles of underground piping from east of Loop 375 to the Desalination plant. Instead of building a trench across roadways and significantly impacting traffic, a boring will be installed underneath Fort Bliss service roads, and the water line will be slipped into that casing. Completion of the Source Water Augmentation Parallel Pipeline is scheduled for Fall 2022.

Another project under Reinert’s supervision will strengthen El Paso’s water portfolio and support long-range drought resilience and groundwater sustainability. The Aquifer Storage and Recharge Program (ASR) will take treated Rio Grande water during plentiful years and use it to recharge the Hueco Bolson.

“Aquifer recharge in a desert environment like El Paso is always valuable, especially during a drought,” said Reinert.

The first phase of ASR is the Enhanced Arroyo Project, a two-mile long infiltration basin that will resemble a river channel. The arroyo, located in northeast El Paso, will be used to allow infiltration into the Hueco Bolson.

Excavation is a major part of the project that will help control flow, maximize infiltration, reduce stormwater event velocities, and reduce erosion.

To expand the amount of water pumped into the aquifer, water treated to drinking water standards from the Fred Hervey Wastewater Treatment plant will also be piped to the arroyo for infiltration.

In turn, the banked river water and reclaimed water will be stored in the aquifer and available for use when the Rio Grande is in short supply.

The arroyo will also serve as an amenity for the northeast El Paso community because it will include surrounding walking trails and landscaping. “We want this to be something that residents can be proud of, while serving an important purpose for our water infrastructure,” said Reinert.

With years of experience, Reinert has been a part of many projects that help supply the water we consume every day. “We build our projects to satisfy various needs and, in the end, it is our customers who will benefit.”

The diversity of projects is what keeps Reinert committed to his career of service because every project brings a new set of challenges. When asked why he enjoys his career, Reinert answered, “I like to build things that work.”

For future engineers, his best advice is to have perseverance from the beginning. “Don’t let one tough class during your freshman year define your lifetime,” said Reinert.