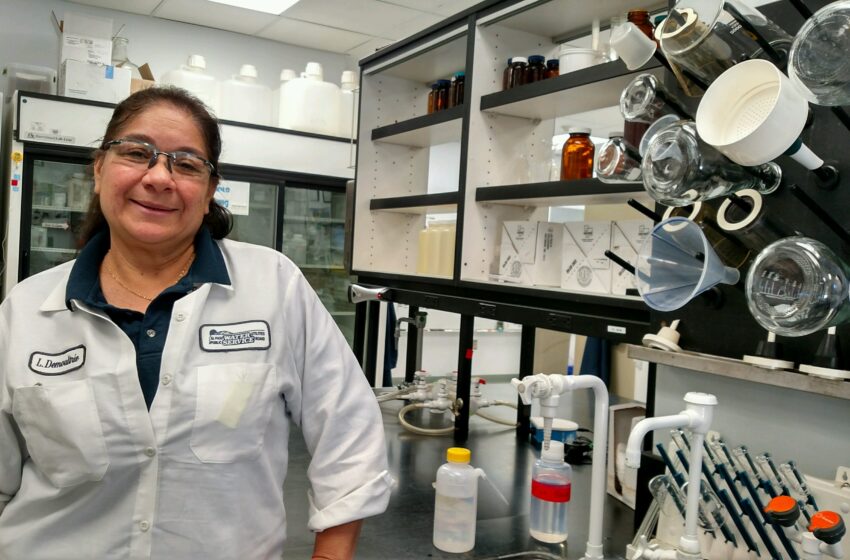 Earth Day is here and while it’s easy for folks to gloss over the calendar and forget the importance of April 22, some El Pasoans see the date as an opportunity to talk about the importance of environmental stewardship and wildlife preservation.

As an El Paso Water Utilities sample analyst, Elizabeth DeMoultrie spends her day making sure El Paso’s water is safe to drink – but she has another passion.

As part of an ongoing conservation effort, DeMoultrie, master naturalist Benny Pol and the Trans-Pecos Chapter of Texas Master Naturalists are working on making The Nature Walk Trail more accessible for the elderly, the disabled and wounded veterans.

Located in the Tom Mays Unit of Franklin Mountains State Park, The Nature Walk Trail is often times hard for people to reach. DeMoultrie said her chapter is trying to create access to wheelchairs and strollers so that everyone can enjoy the trail and its surroundings. The surroundings includes another of DeMoultrie’s passions— bird watching.

“It’s hard for people in a wheelchair to get in, but we see a lot of people out there who are on crutches or are elderly,” she said. “They love it outside so we want to make it more accessible to elderly, people with stroller or wounded veterans.”

The Trans-Pecos Chapter adopted the trail on August 2013. Since then, they have cared for it, cleaned out trash, and introduced cacti displaced by construction and development.

DeMoultrie, 51, has worked for El Paso Water Utilities for 22 years. She has spent nearly a decade volunteering to preserve wildlife and their habitats. During her time as a wildlife volunteer, and thanks to her time at EPWU’s TecH2O Center on Montana, she has become a master naturalist. She also volunteers at the Second Chance Wildlife Rescue in El Paso. The organization reintroduces injured animals to the wild.

DeMoultrie said her volunteer efforts are meant to preserve wildlife in the El Paso area.

She said that as an EPWU employee, she has the unique benefit to mix work with her passion for wildlife. Part of her job includes taking samples of water.

When the utility has to disinfect a well and examine the water, she sometimes sees wildlife up close. She said that’s an experience that many people miss out on. She’s said she’s always ready with a camera to for a chance to capture wildlife photography.

“When we are disinfecting wells, we have to flush the well out, and water goes out to the field. And there, you see all the wildlife coming in,” DeMoultrie said. “They see a big puddle and they start coming in. That’s the best time to go out there. I have a unique positon where I can go out and see this, and that’s… wow.”

DeMoultrie said working on rescuing wildlife has no comparison. As a recent empty nester, she said that when it comes time to hang up her

lab coat, she will still devote her time to preservation. She is focused on looking after burrowing owls to make sure their habitats aren’t threatened by urban sprawl or industrial construction.

DeMoultrie lauded EPWU’s efforts to share the environment with the owls. The utility last year encountered burrowing owls at the construction of a fleet maintenance facility, near the Rio Bosque Wetlands in El Paso’s Lower Valley.

Instead of displacing the owls, DeMoultrie said the utility set up artificial habitats on site.

Lois Balin, Urban wildlife biologist at Texas Park and Wildlife said DeMoultrie loves working with the owls and anything to do with nature.

“She’s helped me with numerous projects. She’s always willing to help, with a smile. At one point she was my very best volunteer,” Balin said. “It’s a delight to have someone who is wanting to help you contribute to wildlife conservation.”