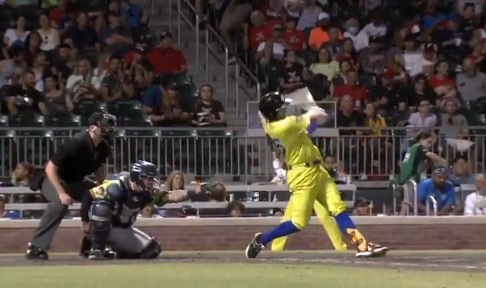 The El Paso Chihuahuas had a 6-4 lead after five innings Thursday but late runs by Round Rock gave the Express a 16-7 win.

It was the first game of a six-game series at Southwest University Park.

Chihuahuas left fielder Patrick Kivlehan went 4-for-5 with two doubles and a home run, his team-leading 12th homer of the season. Kivlehan has reached base in 10 of his last 11 plate appearances, with six extra-base hits in that span.

Luis Campusano, Pedro Florimón and Matt Batten had two hits each for the Chihuahuas. Round Rock scored in seven different innings Thursday.