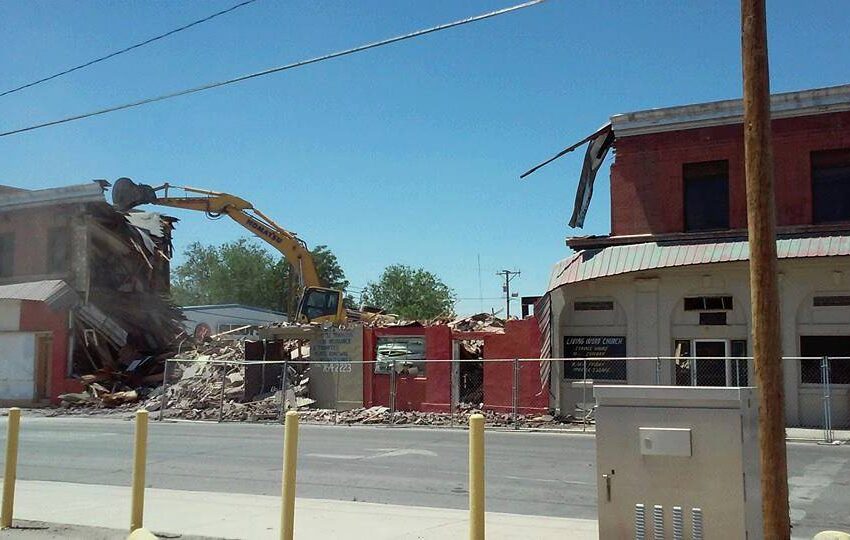 Residents of Fabens and a group in El Paso are not happy about the demolition of yet another Trost Building in the Borderland.

In a post on a Fabens Facebook Group, residents shared pictures of the two-story building that once housed the First National Bank of Fabens being demolished.  While some on the group said the demolition was a step forward for the town, many more expressed their sadness and outrage.

The building served as the bank’s headquarters for more than 70 years, and anchored a vibrant Main Street when Fabens was the hub of the Cotton Valley.

The loss of the Trost-designed bank leaves the other two structures – the original Fabens High School and the First Baptist Church –  as the remaining legacy of the architect in the Lower Valley.

The bank follows its next-door neighbors into the history books, as the adjacent El Paso Electric Office and Store, as well as the five-and-dime store that became Winn’s Variety were demolished in the early 90’s.

The other two corners have fared no better, as the two-story building that was just east of the bank’s location was demolished the early 80’s, while the former Western Auto building gave way to a car wash in the mid-90’s.

Max Grossman Ph.D.,  Vice-Chair, El Paso County Historical Commission, penned a letter expressing the outrage of preservationists in El Paso over the loss of yet another Trost-designed structure.

Below is Grossman’s complete letter:

We have no words to describe our sadness and anger at the senseless destruction of yet another treasure by the greatest architect in the history of our region, Henry C. Trost. The loss is incalculable and the economic damage to the town of Fabens is permanent and irreversible.

The First National Bank Bldg. was designed by Trost and erected in 1925. The bank occupied the building until June 1996, when the institution relocated to a newer building at 1500 Fabens St. The bank sold the property to Simon Pena of SMP Corporation. Mr. Pena recently sold the property to O’Reilly Auto Parts with the understanding that the company would raze the building for a new auto parts store.

Fabens, first settled in 1900, is the best preserved town on the Alameda between Tornillo and downtown El Paso. Many historic adobes are preserved along the main corridor. Of these, the First National Bank, located at the southwest corner of Fabens Street and the Alameda (Main St.), was the only commercial Trost building surviving on the Alameda and the most significant historic structure on Main Street. The exterior was beautiful and much of the original interior survived intact. The building was located at the principal intersection in Fabens, and now all four street corners are empty lots.

What could have been a national historic landmark and a significant component of the regional economy is now rubble and dust. There are two other surviving Trost buildings in Fabens: the High School (1925) and the First Baptist Church (1928). These two buildings and the one that was just lost could have been major tourist attractions along a future “Trost Trail,” which could have included the major architectural masterpieces along the Alameda in Fabens, Clint, and other communities. Fabens was the only community in El Paso County outside of El Paso with three Trost buildings, and now there are only two. The First National Bank was the most prominent and now it has been erased forever, and along with it its economic potential.

We learned about the impending demolition only after Mr. Pena had sold the building to O’Reilly Auto Parts, and we struggled in vain to save it. 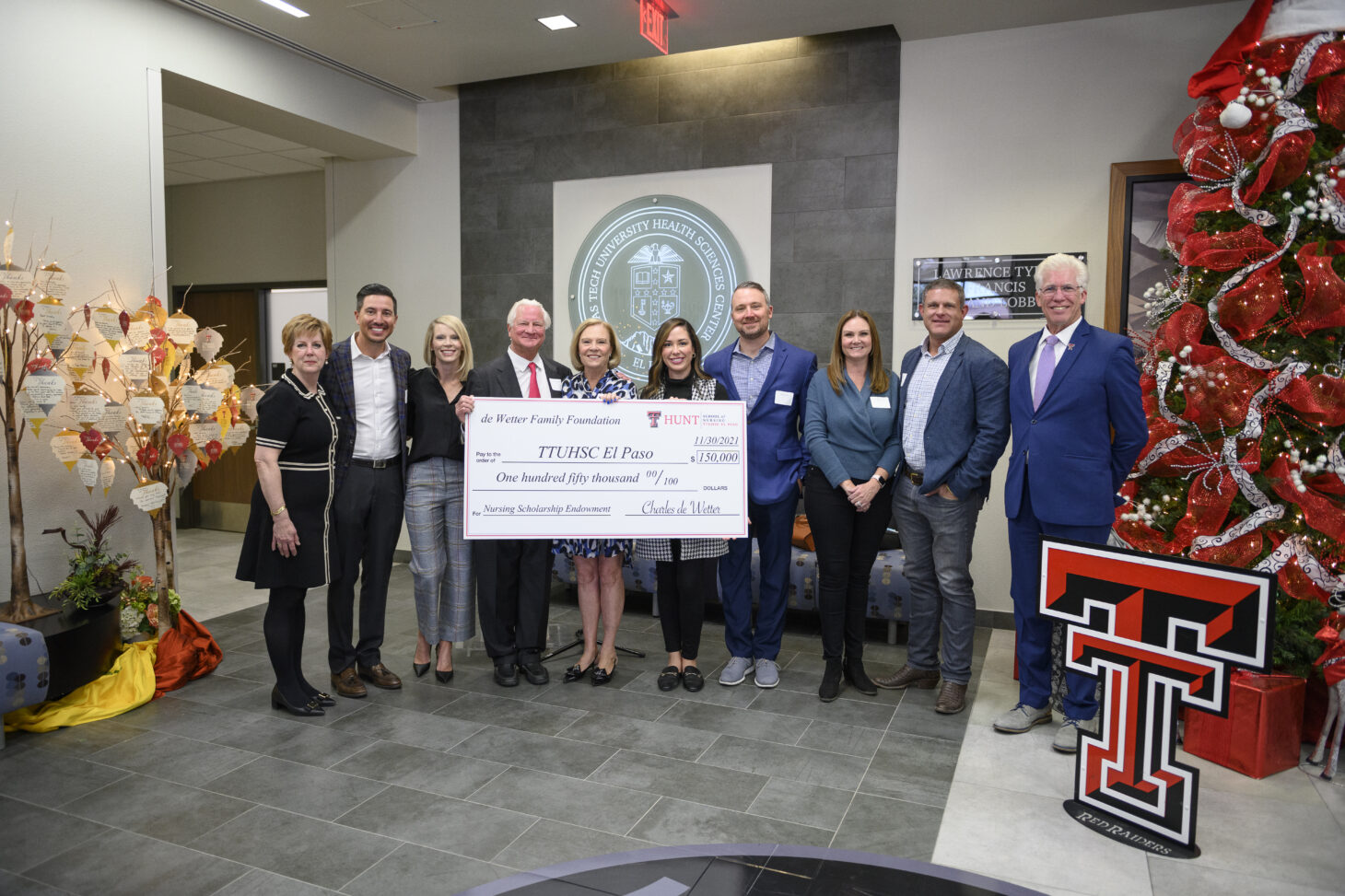