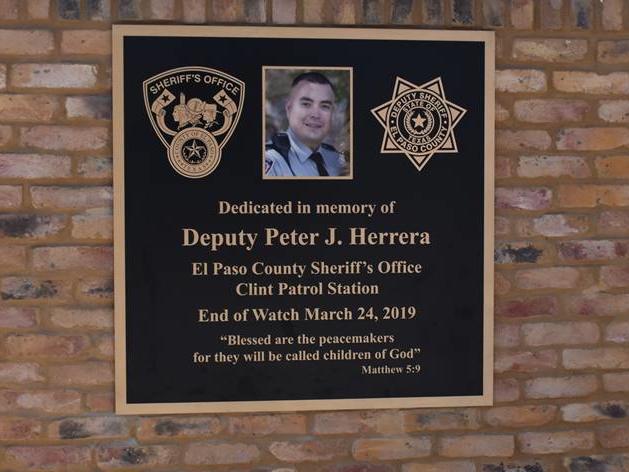 The annual fallen officer memorial ceremony, paid tribute to local and regional law enforcement members who lost their lives in the line of duty.

The organization unveiled the addition of Deputy Peter John Herrera’s name on their memorial, located at the Sul Ross State University Campus.

The ceremony was hosted by the Midland Police Department, and the Sheriff’s Office Honor Guard along with Deputy Herrera’s family were present for the event.

Deputy Herrera was killed during a traffic stop in San Elizario in March of 2019.  The Clint Substation, where Herrera was often stationed, was named in his honor in November of 2019.