Maj. Nicholas Fiore, an armor officer and future operations planner for 1st Armored Division and his sister Capt. Carolyn Fiore, the commander for Troop D, 3rd Squadron, 6th Cavalry Regiment, 1AD Combat Aviation Brigade, pose in front of an AH-64 Apache attack helicopter and the 1AD distinctive unit insignia on Feb. 28. The shared 1AD history and proximity to each other has allowed for greater opportunities for the siblings to connect and continue to fortify their family bonds. | U.S. Army photo by Pfc. Matthew Marcellus

FORT BLISS – A family is only as strong as the bonds that connect them, and for the Fiore family, these bonds have been bolstered by a shared commitment to duty and service.

“All of us are committed to serving other Soldiers and Americans as best we can. We’re fortunate to have the ability and the opportunity to do so,” said Capt. Carolyn “Nina” Fiore, the commander for Troop D, 3rd Squadron, 6th Cavalry Regiment, 1st Armored Division Combat Aviation Brigade. “I know that there are many families out there that the military has connected the way that we are.”

The Fiore family includes siblings Maj. Nicholas Fiore, an armor officer and future operations planner for 1AD, Capt. Elyse Pierre, a medical officer and board-certified doctor who is set to promote to the rank of major in May, stationed at Fort Stewart, Georgia, and Capt. Carolyn “Nina” Fiore, all of whom graduated from the United States Military Academy in 2007, 2010 and 2013, respectively.

The Fiore family also includes parents Nancy Colfax, a lawyer and graduate of Vermont Law School, and Uldric “Ric” Fiore, a retired member of the Senior Executive Service (SES) as a Judge Advocate General (JAG) Director for the Army. Ric was also the Chief of Staff for the U.S. Army Medical Command as well as a retired JAG Colonel who served in the Army for 30 years.

“We’re very proud of them for their decisions. They’ve chosen something that’s not about themselves but is in the service of others and we think that’s a wonderful decision,” said Ric when discussing the career paths that his children haven taken. “The fact that they’ve chosen the Army is just icing on the cake since we can live vicariously through them as our careers have ended and theirs continue.”

Military children are more likely than their peers to join the military. About 80 percent of recent recruits come from a family where at least one close relative was in uniform.

Throughout their childhoods, the Fiore siblings saw the sacrifice, service and dedication displayed by their parents as they adjusted to the numerous trials and tribulations which impact military families.

“One of the things that I think drives a lot of young families out of the Army is that they realize that they just can’t manage two careers. Our mother chose to stay at home, even though I know that she missed practicing law and that she was good at it,” said Nicholas.

The smallest of details, such as what he brought with him when he accompanied his mother, remain etched in Nicholas’ mind as he recalls his mother’s tireless dedication to service and helping others, traits that helped shape his childhood. “Even when she transitioned out of the professional sector, she didn’t stop working. She would take me with her, with the little red plastic lunchbox and the Lion King VHS, when she would volunteer on post and still use her skills to help out Soldier families wherever we were.”

Army children are equipped to adapt to present and future changes such as relocations, deployments, reintegration. Despite the obstacles that being part of a military family presents, the Fiore family adapted and ensured that the busy nature of military life did not interfere with childhood excitement and opportunity.

“We moved around a lot and that tends to cause Army children to have one of two reactions, ‘I don’t ever want to move again’ or ‘Hey, it’s kind of cool to travel around the world and see different places’” said Ric. “I think our children enjoyed the traveling piece, so they were not adversely influenced by all the moving and we always made sure that their schools were a priority.”

Although the frequently moving and traveling nature of military families often makes it difficult to forge and adopt a culture, the Fiore family established an identity with the United States Military Academy at West Point.

“When my parents were growing up, West Point was the biggest college nearby, so they went to West Point football games even though they didn’t have a family connection to the Army,” said Nicholas. “I remember going to those tailgates as a kid and that definitely attracted me.”

Growing up in a military family will influence and shape a child’s future as they are immersed within the military lifestyle. Regardless, each of the Fiore siblings retained a sense of independence and individuality as they considered their options, ultimately commissioning into the Army.

“When Nic was applying to colleges, he was looking at St. John’s University and Johns Hopkins University but eventually decided that he wanted to go to West Point. Our sister Elyse decided that going to West Point to be a physician for the Army was what she wanted, to help keep Soldiers healthy and not just go work in a practice somewhere tucked away in a corner of a big office building,” said Nina. “I’ve wanted to fly helicopters since about the time they convinced me I couldn’t be a bird when I grew up, so for me that was a no-brainer.”

Serving as an armor officer, an aviation officer and a medical officer, as the Fiore siblings do, results in very different experiences in the Army. Though these differences and experiences can seem daunting, the Fiore family remains close-knit and supportive of each other through their service. 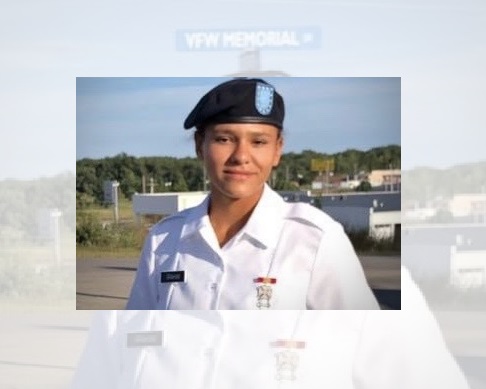