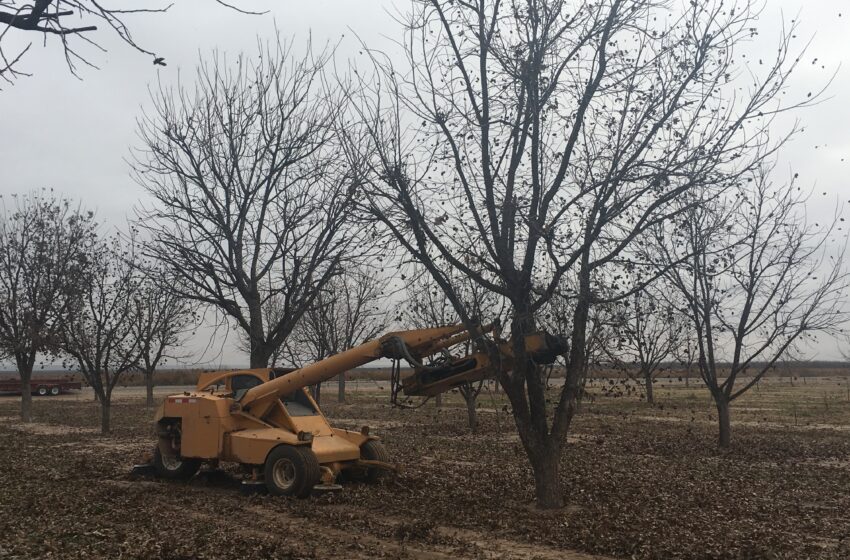 As 2016 comes to an end, and many residents are in “Holiday mode,” El Paso County pecan farmers are hard at work, harvesting top quality pecans.

Many times when we think of pecans we tend to think of Las Cruces or Central Texas. As you enjoy a pecan pie this holiday season, chances are, the pecans were produced by a farmer in El Paso County.

El Paso County is home to the largest amount of acreage of “Improved Variety” pecans in the State of Texas which totals up to around 13,000 acres. An “improved variety” is normally a larger size pecan that is easy to shell, and may produce more pounds per acre.

A late rain and a late freeze delayed farmers from harvesting earlier this season, which normally starts in November. This year’s harvest will again prove to be very productive for local farmers.

Most local commercial pecan operations are now completely mechanized. A tree shaker obviously is used to shake the tree; a sweeper puts the nuts in a windrow, followed by a harvester that picks up the nuts.

From that point, the nuts are sent to the pecan cleaning plant, they are graded, and off to the market they go.

Out of those 20 million, El Paso County will likely produce about 15 million pounds.