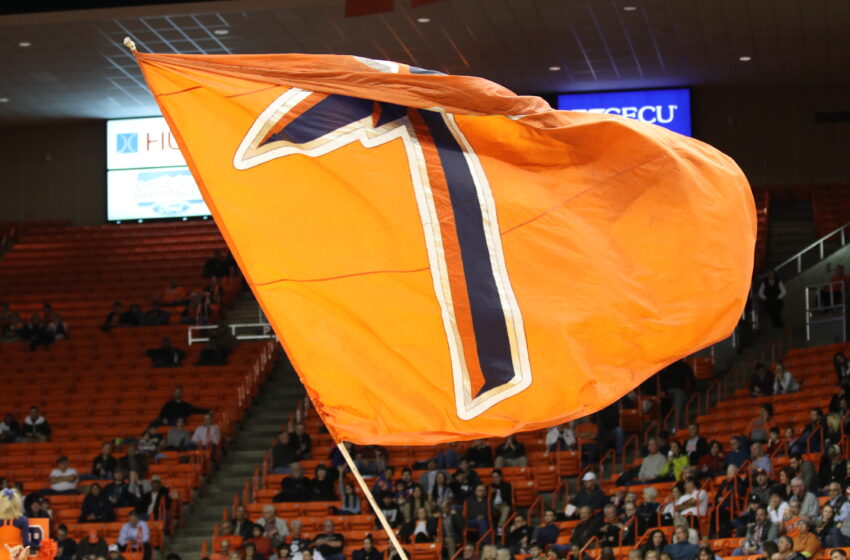 Ronald Delph had 12 points, 17 rebounds and four blocked shots, and Florida Atlantic crushed UTEP on the boards in a 73-66 win over the Miners on Thursday at the Haskins Center.

“Sixteen extra possessions in one game,” UTEP Interim Head Coach Phil Johnson said of the rebounding differential. “And it really wasn’t a fast game. It was pretty much a halfcourt game. So 16 extra possessions that you give to them, and you can’t overcome that. You’ve got to shoot 90 percent from the field. You’ve got to play really, really well.”

In the second half, the rebounding difference was 27-15.

“We work our butts off every day in blocking out, rebound, three-man rebounding drills,” Johnson said. “We’re not a particularly physical team. We’re more of a finesse team. They just crushed us and they deserved to win. They outplayed us down the stretch. We had a nine-point lead evaporate very quickly. And it was really a result of not rebounding the ball.”

Leading 51-48 about midway through the second half, Florida Atlantic made its move. A 10-0 run extended the lead to 61-48. The Miners got back in it behind Evan Gilyard, who scored 14 of his game-high 20 points in the second half. At one point he made three consecutive threes to slice the deficit to two (61-59) with 3:48 to go. But UTEP couldn’t get any closer.

Gilyard finished 7-for-13 from the field, 3-for-5 from three and 3-for-4 from the line. Omega Harris added 11 points for the Miners.

“We really wanted to get the ball to Matt Willms down low, and we did quite a bit,” Johnson said. “He’s got to get a little more powerful down there. We tried to get it inside to Tirus [Smith] and Paul as much as possible. If you’re going to go inside all night long, you’ve got to make some shots. I think we got it in there a pretty good amount and just came up empty too often.”

“It seems to be an ongoing theme that when our defense is away from our bench that we don’t guard as well,” Johnson said. “And when they’re in front of our bench and we’re yelling instructions, it’s a little better. In the first half, they had 29 and [they] get 44 in the second.”

The Miners will host FIU on Saturday at 7 p.m. as they wrap up the two-game homestand.