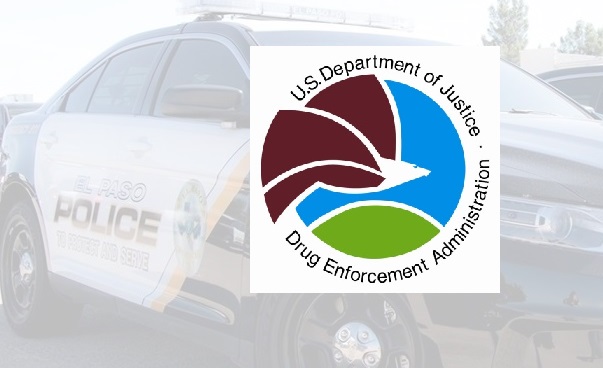 According to three-count federal grand jury indictment unsealed today charges Garcia and 44-year-old Fred Saenz with conspiracy to possess with intent to distribute cocaine; conspiracy to unlawfully use a communication facility; and conspiracy to maintain a drug involved premise.

The indictment also charges Saenz with one count of possession with intent to distribute over 500 grams of cocaine.

Agents and officers seized approximately $14,450.00 at one residence and approximately 1.2 kilograms of cocaine at the second residence. Saenz was arrested at that time based on a federal criminal complaint.

According to law enforcement officials, further investigation revealed that Garcia used her law enforcement access with EPPD to conduct counter-surveillance measures for Saenz, including running license plates on vehicles associated with undercover operations.

“Law enforcement officers must he held to the highest standards,” said U.S. Attorney Sofer. “The U.S. Attorney’s Office is committed to ensuring that any public official who violates the law is brought to justice, and we will always devote the necessary resources to ensure that this important part of our mission is carried out effectively.”

“The defendant is alleged to have committed serious crimes, which are compounded by the fact that she was sworn to uphold the law,” stated Kyle W. Williamson, Special Agent in Charge of the Drug Enforcement Administration’s El Paso Division. “Although this is an isolated case, the charged conduct still unfairly tarnishes the proud reputation of the thousands of law enforcement officers in the El Paso area who put their lives on the line every day to protect our residents and their communities.”

Garcia and Saenz remain in federal custody at this time.

The DEA and the EPPD’s Narcotics Unit and Special Investigations Unit are investigating this case. Assistant U.S. Attorneys Michael Williams and Steven Spitzer are prosecuting this case on behalf of the government.

Officials added that is important to note that a federal grand jury indictment is merely a charge and should not be considered as evidence of guilt. The defendants are presumed innocent until proven guilty in a court of law.