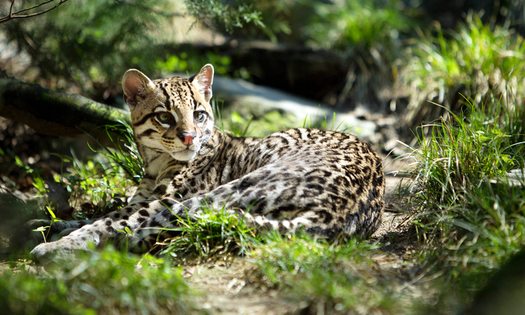 TUCSON, Ariz. – The U.S. Fish and Wildlife Service has released a recovery plan to restore and protect the endangered ocelot population, in both the U.S. and Mexico.

Officials said they have only identified a handful of the rare cats remaining in limited areas of Arizona and Texas in recent years, and that it is critical to begin taking steps to restore the species.

Robert Peters, senior southwest representative for the group Defenders of Wildlife, said part of the plan’s success is to identify where ocelots are located, particularly in Arizona.

“There are five that were known; some of them showed up on trail cameras,” he said. “Some of the first things that are laid out in the recovery plan is to get more of that information about the Arizona population.”

The ocelot was placed on the endangered species list in 1982 due to habitat loss and overhunting. Peters said the plan’s ultimate goal is to increase their numbers, protect their habitat, and enable them to pass between Arizona and Sonora, and Texas and Tamaulipas. He said ocelots are found in larger numbers in Central and South America, but fewer than 50 are known to exist in the U.S.

In order for the plan to succeed, Peters said it will need buy-in from state and local officials, landowners, and cooperation between the U.S. and Mexico. He added that 95 percent of the cats’ native habitat has either become urbanized or converted to agriculture, so it will take political will to provide the necessary resources and to limit development.

“To succeed is going to require habitat protection, and more habitat than there is now,” he added. “And absolutely vital will be corridors that are protected, so that ocelots can get back and forth between the U.S. and Mexico.”

He noted other obstacles, such as copper mines and natural gas plants, have also played a role. The plan’s long-term goal is to increase the ocelot population in the U.S. to 2,000 or more over the next century.

The full plan can be read here.