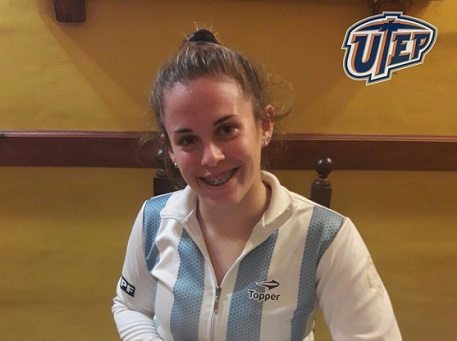 “I am very excited to welcome Milena to the UTEP Miner Tennis family,” Fernandez said. “I know she will be a great addition to the team. Her tournament experience and warrior mentality is what I am looking for as I rebuild this team.”

Baigorria hails from Córdoba, Argentina, where she has been ranked as high as No. 6 in singles play and No. 13 in doubles for the 18-and-under division in all of Argentina. She has also been ranked No. 1 in her state and was a part of the National Tennis Academy Program, a tennis program for elite players sponsored by the Argentina Tennis Federation.

In 2016, the lefty won 12 National G3 events as well as the State of Cordoba Master’s Tournament for the under-18 division. Last December, she was named the top player in Cordoba by the Argentina Tennis Federation. She was also the singles champion at a national G-3 tournament in 2015 and a finalist in 2014.

Baigorria will suit up for the Miners in the upcoming 2017-18 season.