Quade Cummins, of Weatherford, Okla., is returning to El Paso to defend his title in the 2019 Sun Bowl Marathon All-America Golf Classic, which is set for November 24-26 at El Paso Country Club.

Cummins, who will be a part of the largest field ever at the Sun Bowl Marathon All-America Golf Classic, won the tournament title in 2018, finishing 54 holes of play in a tie for first.  He took home the Lee Trevino Trophy last year after defeating Spencer Ralston in a playoff hole on the final day of play. That was the first time since 2011 that there was a playoff in the All-America Golf Classic, while it also marked the 14th tournament that the winner has been crowned after a playoff.

Fans don’t want to miss the opportunity to see future PGA Tour players in action on the par 71, 6,889 yard El Paso Country Club course.  There are 37 players from all around the world coming to El Paso, hoping to do what Tiger Woods did in 1997.  They have achieved All-America status or have a high-amateur ranking.

This is the largest field the Sun Bowl Marathon All-America Golf Classic has had eclipsing the previous high of 32 participants, which happened in 2009.

“It seemed, early on that we might not be able to fill a strong field, but once again the golf committee continues to work tirelessly to bring some of the best amateur players in the country to El Paso,” said Sun Bowl Association Executive Director Bernie Olivas. “This year is no different. We invite everyone to come out and watch the competition and even get autographs and pictures with future pros.”

There are four players making their second appearance in the Sun Bowl Marathon All-America Golf Classic, including Mason Overstreet, Peng Pichaikool, Matthias Schmid and Cummins, who will be attempting to become only the third player to ever win back-to-back All-America Golf Classic titles.  Gavin Green won the 2013 and 2014 tournaments, while Chris Patton won in 1988 and 1989.

“Players are invited to this tournament because of their many college achievements and outstanding amateur career and ranking,” said Tournament Director Bob Kimble.  “I can assure the fans that many future PGA Tour players will be out on the course during this tournament.”

The Sun Bowl Marathon All-America Golf Classic is one of the premier amateur golf tournaments in the country. Some of golf’s brightest stars have traveled to El Paso to compete in the tournament since its inaugural year in 1974.

College All-America Golf Classic Alumni have combined to win 53 major championships and have earned over $2 billion in career earnings.

The annual event starts with the Titleist Long Drive Contest and PING Putting Contest on Sunday, Nov. 24 at 9 a.m. (MT).  The best opportunity for fans to get photos with the future PGA players and obtain autographs is on Sunday immediately following the two contests.

The Lee Trevino Trophy will be presented to the winner immediately following Tuesday’s play. 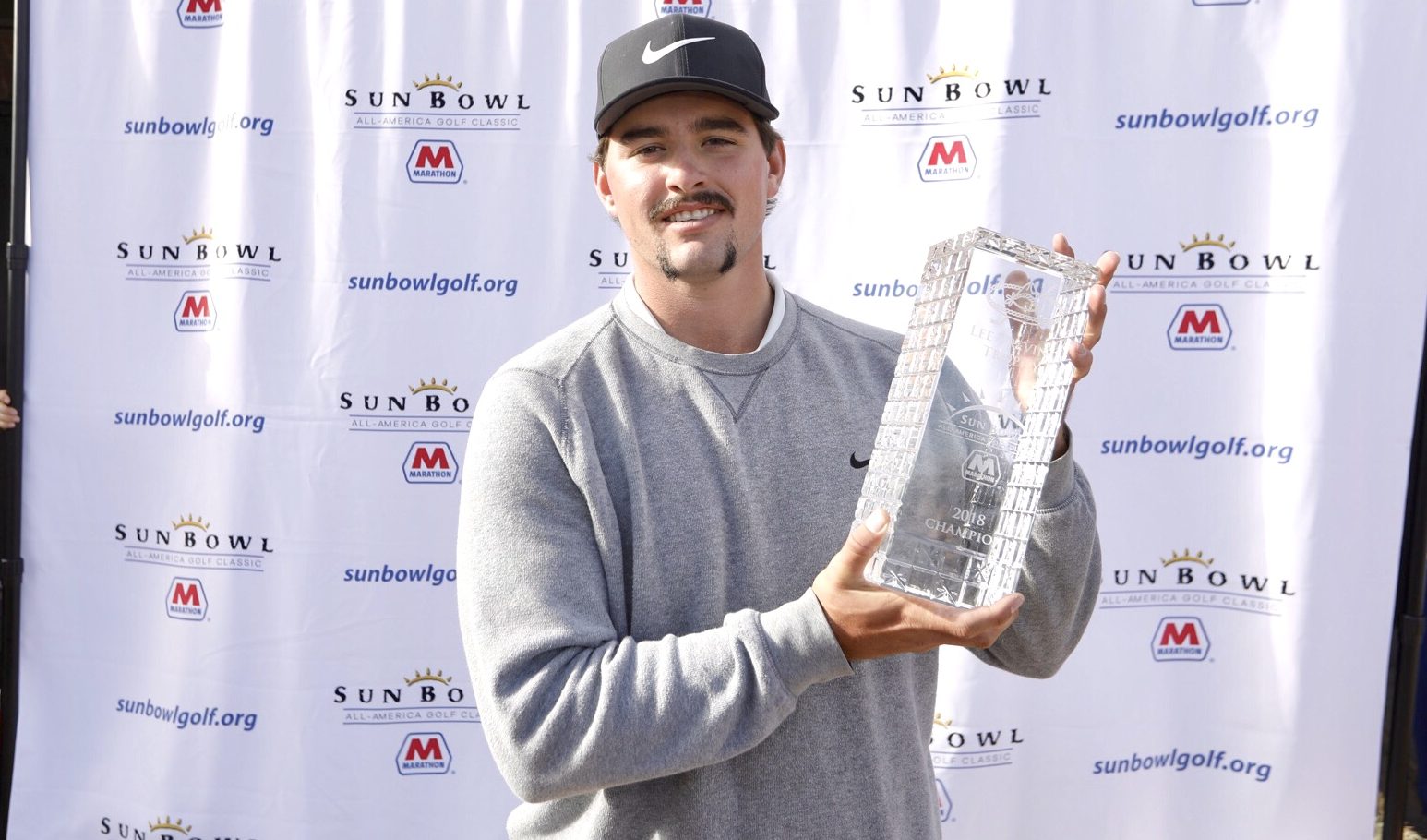