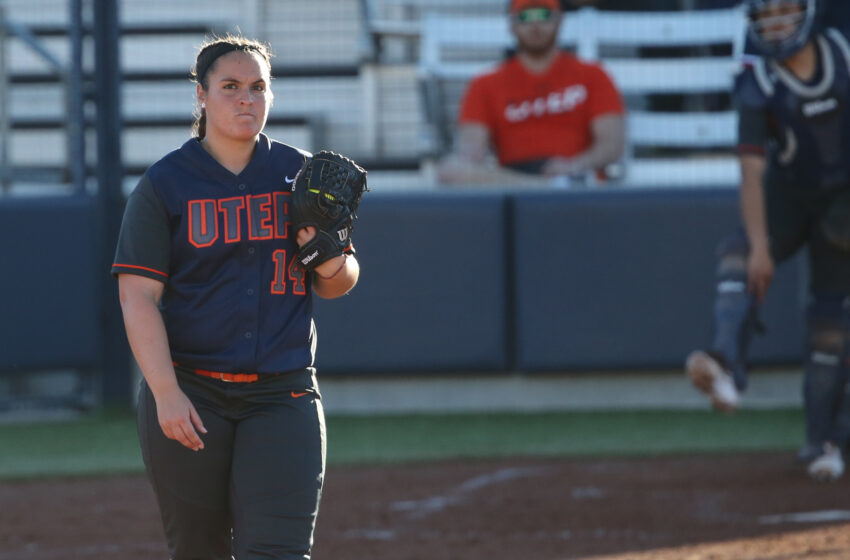 IRVING, Texas – Junior pitcher Kaitlin Fifield was named Conference USA Co-Pitcher of the Week the league office announced on Monday. It’s the first such honor for Fifield, who shared the distinction with FIU pitcher Megan Kugelmann.

The weekend was highlighted by Fifield’s no-hitter during a 2-0 victory against Texas A&M-Corpus Christi. Fifield walked one, coming up short of the perfect game. She, however, tied a career high by fanning nine Islander batters in 7.0 innings of work.

The no-no was the sixth in program history and the last one since Stacie Townsend no-hit Belmont on March 18, 2010 in 7.0 frames and walking a pair. The honor also marks the first pitcher of the week for a UTEP hurler since Townsend was named C-USA Pitcher of the Week on March 22, 2010.

The El Paso native also recorded her second career shutout, while earning the no-hitter on 86 pitches. Fifield forced two lineouts, one to third and the other to second, while 10 groundouts were tallied.

The closest the Islanders came to getting a hit came during the sixth inning, when leadoff hitter Cosette Hernandez threw down a bunt. But catcher Linda Garcia made a throw to second baseman Courtney Clayton, who was extended with one foot on the bag.

Kugelmann also tossed a no-hitter, as she threw 6.0 innings against Central Connecticut State.

UTEP will continue action on March 2 in a double header against Mount St. Mary’s at the Helen of Troy Softball Complex starting at 4 p.m. The series will be a White Out and fans will get in free that wear white. The Miners will then compete at the Wildcat Invitational hosted by Arizona on March 4-6 in Tucson, Ariz.