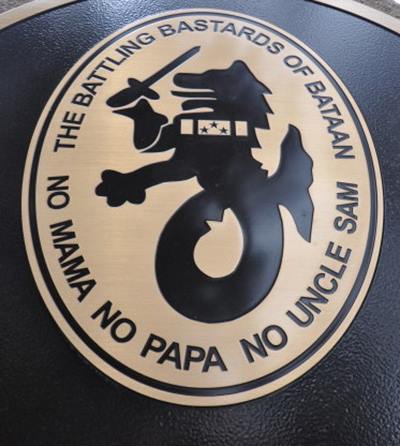 On Sunday, April 9, descendants and friends of the ex-POWs of Bataan and Corregidor, area military personnel, and the community of Las Cruces will conduct a ceremony in honor of the 75th anniversary of the surrender of Bataan during World War II.

It’s the first time the ceremony, conducted every year in Santa Fe by the New Mexico National Guard, will be presented in Las Cruces.

The event will memorialize the 1,800 members of the New Mexico 200th Coast Artillery, a National Guard regiment that was surrendered in the Philippines along with 70,000 other American and Filipino troops on April 9, 1942. About half of these New Mexicans would not survive the three years as prisoners of war.

“It is important to remember the sacrifices made by our American POWs to ensure the freedoms of all Americans, and to honor the role of New Mexico in the Bataan story,” said Remember Bataan Foundation president Dana Knight. “We are asking the public to please join with is in remembering the Heroes of Bataan.”

The origins of the Bataan surrender ceremony began very informally in April 1946, when Bataan veteran and Santa Fe native Manuel Armijo, who had experienced some of the worst atrocities of any ex-POW, asked a friend to hem a white flag, which he strung on a bamboo pole.

Without a word to anyone, Armijo went to the state capitol grounds in the cool morning of April 9, a day the New Mexico Legislature had earlier designated as Bataan Day.

Armijo lowered the U.S. flag in front of the capitol and replaced it with his white flag, and then stepped back for a few moments of contemplation before switching the flags back, folding up the white flag and quietly going home.

In 1954, a reporter for the Santa Fe New Mexican came upon Armijo and some of his fellow vets doing the ceremony at the Bataan memorial in its new location in front of what is now the Bataan Administrative Building.

Armijo expanded the simple ceremony in 1975 to include spoken text, a little music and the lighting of three candles. The ceremony includes a recorded spoken text called, “The Voice of an American Boy,” a first person recounting of the lost innocence of youth and the sacrifice of the American soldier, and concludes with the playing of “Taps.”

Manuel Armijo took part in the ceremony every year until his death in June 2004.

The New Mexico National Guard has committed to continuing to conduct the solemn ceremony exactly as Armijo and his fellow Bataan vets had designed it.

The ceremony in Las Cruces will follow the exact sequence of Armijo’s ceremony. It will take place near the Las Cruces Bataan Memorial, the first memorial to Bataan funded largely with federal dollars.

The event is free and all are invited. Descendants or those with a connection to Bataan are encouraged to attend.

Today, there are more than three dozen memorials around New Mexico to Bataan, from traditional monuments to “living memorials” like schools and parks, and the annual 26.2-mile memorial march at White Sands Missile Range that this past March drew more than 7,000 people.

Fewer than a dozen of New Mexico’s Bataan veterans are alive today, including Julio Barela, the last Bataan veteran from Las Cruces, now 100 years old and living in the N.M. Veterans’ Home in Truth or Consequences.

For more information about Bataan and its historical connection to New Mexico, go to:
— New Mexico State University’s RETA site at http://reta.nmsu.edu/bataan/index2.html
— The Bataan Memorial Foundation of New Mexico at http://www.bcmfofnm.org/