Denby “Donica” Pedregon this week became the first woman to be promoted to sergeant in the El Paso ISD Police Services Department charged with the safety and security of the students and staff of the District.

Pedegron, a U.S. Army combat veteran, has 14 years of experience in law enforcement, including seven in EPISD. She is one of five female officers in the force.

“Breaking through barriers hasn’t been an easy battle but perseverance, compassion and dedication have helped me throughout my career and life,” she said. “I’ve truly have been blessed to have great family, friends, and mentors along that way that have always believed in me and supported me. I hope to continue to inspire our students to break their own barriers and that anything is possible.”

EPISD Police Chief Manny Chavira said Pedregon earned her promotion based on a rigorous selection process and that he is confident she is the right person for the job.

“Sgt. Pedregon was selected from a panel of candidates and her experience and expertise were clearly shown through in the competitive selection process,” he said. “She will serve as a positive role model for all our students and community.”

In her new position, Pedregon will be assigned to the department’s headquarters and will split responsibilities along with her two peer sergeants.

“I can truly say that I will do this job to the best of my abilities and with pride,” Pedregon said. “As bittersweet as it is to leave the ‘field’ so to speak, I will truly miss my daily interactions with my Northeast students the most.”

For all things El Paso ISD, click here; for our complete coverage of EPISD,click here. 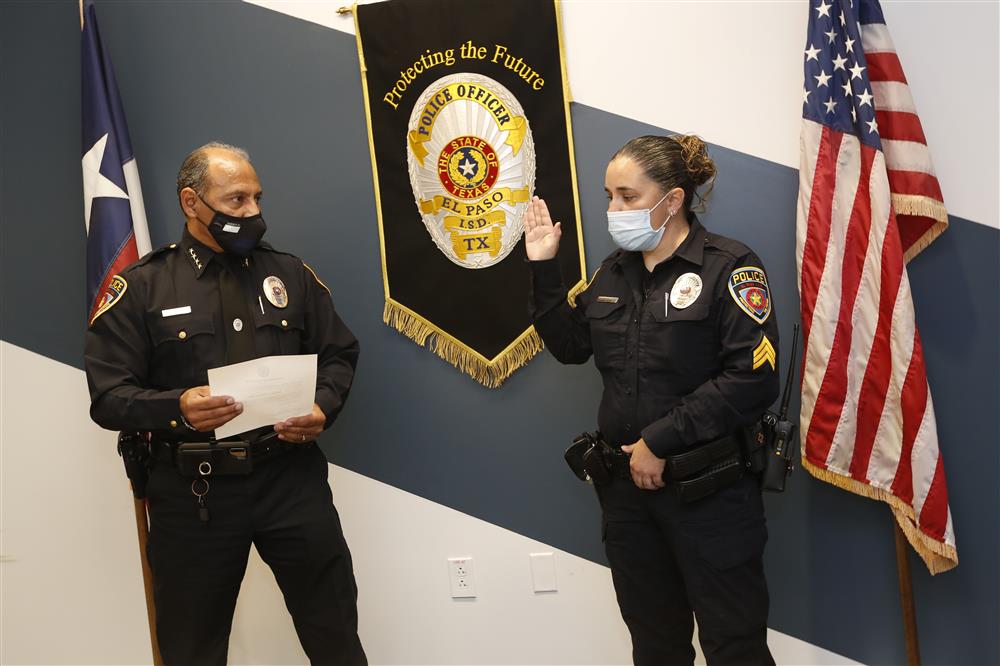