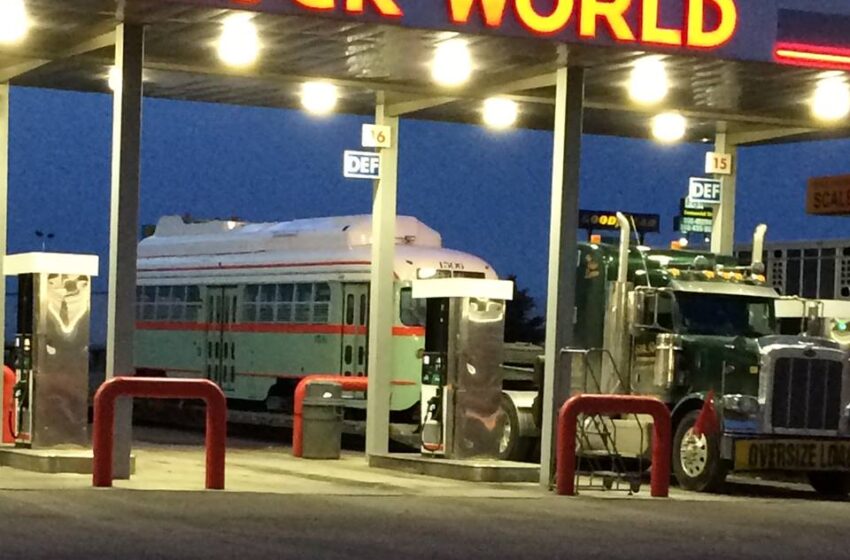 After being mothballed for more than four decades, undergoing two years of extensive renovation, and making a 3,600 mile round trip to the Keystone State, the very first of El Paso’s vintage streetcars is scheduled to be back in the Sun City next week, according to the Camino Real Regional Mobility Authority.

Because of weather, traffic and other unpredictable variables outside of its control, a day-by-day itinerary for Car No. 1506’s travel is unavailable.

Once the streetcar arrives in El Paso, it will be unloaded and transported immediately into the Maintenance and Storage Facility (MSF) at 601 South Santa Fe Street for inspection by the CRRMA and Sun Metro.

Officials add that members of the public will not be able to access the streetcar upon its arrival. The CRRMA and the City of El Paso will soon announce public events to celebrate the streetcar’s homecoming.

Car No. 1506, part of the fleet of streetcars which ran in El Paso until 1974, is the first of six vintage Presidents Conference Committee (PCC) streetcars to be refurbished and modernized as part of the $97 million El Paso Streetcar Project

The return of the first streetcar will allow the CRRMA to begin a rigorous, months-long testing phase to ensure the system is safe before Sun Metro begins operating the service for the public. In the coming weeks, you’ll see streetcars running along the 4.8 mile route but you won’t be able to board. An exact date for the beginning of on-street testing has not been announced.

Below are some important tips to remember as we welcome the first streetcar back to El Paso: