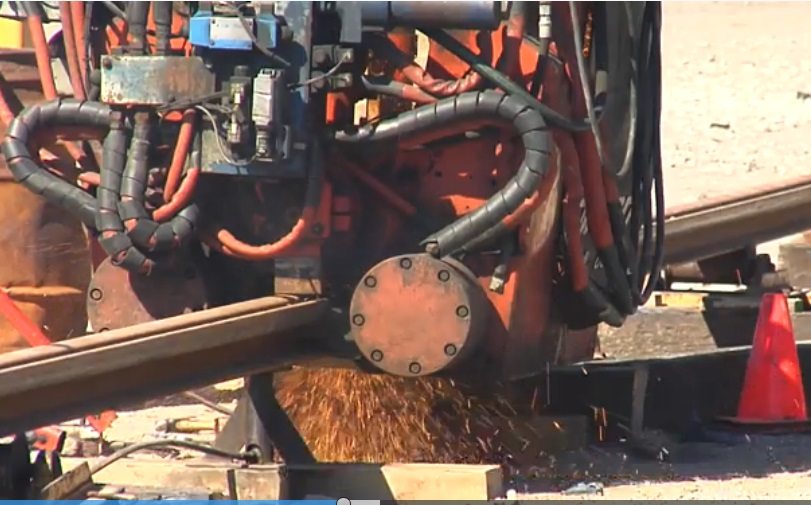 For the first time in at least 42 years, new rail will be placed in an El Paso city street to carry streetcars among key business, commercial, medical, government, cultural, entertainment and educational institutions.

Most of the rail for the Uptown Loop, which includes Stanton Street, Baltimore Drive, Glory Road and Oregon Street will be welded on-site. Some segments of rail for the Downtown Loop will be pre-welded into 415-foot long sections at PDNT’s industrial yard before being taken on specially designed rollers to their final locations.

Since December 2015, crews from Paso del Norte Trackworks have worked to relocate utilities along the 4.8 mile route to make way for the rail and the 12-inch concrete slab in which it will be set.  Since May, crews have been working along Oregon Street between Glory Road and University Avenue to complete the first two steps of the five-step process outlined below:

To safely accommodate the rest of the track-related work within this work zone, Oregon Street has been reduced to a single northbound lane between Glory Road and University Avenue thru mid-August.

Occasional complete closures will be necessary, including a complete closure of Oregon Street between Glory Road and Cincinnati Avenue which will begin on Tuesday, June 21, 2016, and last for approximately one week.

When all five steps of the track-laying process have been completed on Oregon Street between Glory Road and University Avenue, crews will repeat the process in another work zone.

Crews from Paso del Norte Trackworks continue utility relocation and storm drain upgrades in other locations along the 4.8 mile route. Motorists, pedestrians and cyclists are asked to be aware of work at the following locations during the week of June 20: