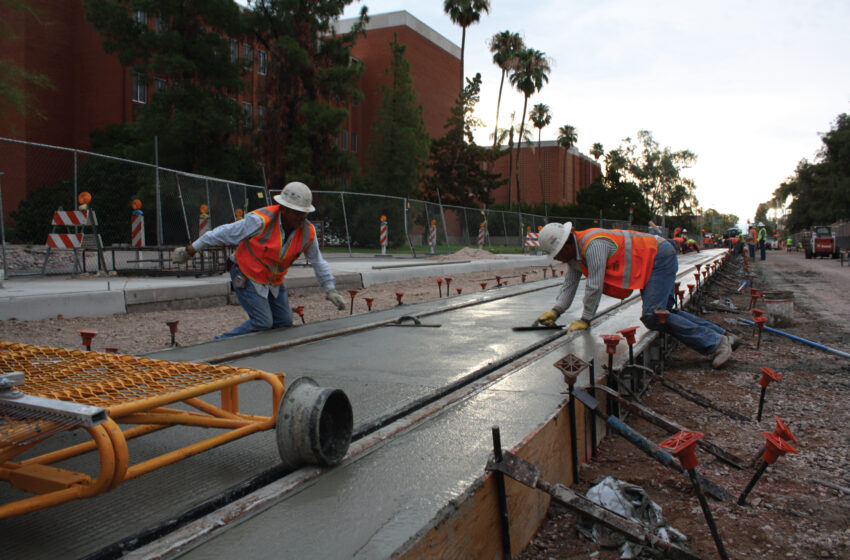 The first shipment of steel rail on which El Paso’s streetcars will run has arrived in the Sun City. Each length of rail is 59 feet long and weighs approximately 2,300 pounds. About 900 pieces will be used throughout the entire project.

“Other than the historic streetcars themselves, there is no more symbolic element of this project than the rail,” said Raymond Telles, Executive Director of the Camino Real Regional Mobility Authority. “After months of utility relocation work, this marks an important milestone in this project as we prepare for laying track this summer.”

Design engineers selected “girder rail” for the El Paso Streetcar project. Unlike the rails traditionally used by railroads in the United States, this type of rail includes a special flange in which the wheels sit.

Developed in 1852, “girder rail” has been extensively used by streetcar projects around the world. Slightly modified “block rail” will be used on bridges.

The girder rail, manufactured in Austria, was carried by ship to the Port of Houston. From there, it was then brought by train to El Paso.

Some curved pieces and other specialty pieces are being brought to El Paso by truck. The block rail was manufactured in the U.S.

Crews expect to begin laying the rail by June. That work will include construction of a concrete slab within streets along the route. The rail will be brought from its current storage location to the construction site where several of the 59-foot long pieces will be welded together and embedded in the slab.

The rail will also be surrounded by a heavy-gauge rubber boot which will insulate the rail and reduce noise and vibration.

Crews will work within that block removing the existing sidewalk, preparing the ground and installing the new sidewalk.

Work Underway at Other Locations