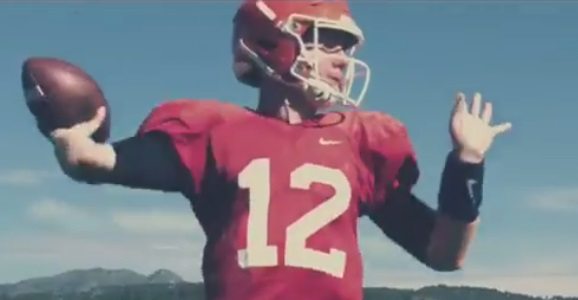 A day after the UTEP football team went full pads, the Miners played their first scrimmage on Sunday in which big plays were made on both sides of the ball.

But the UTEP defense, under second-year defensive coordinator Tom Mason, made adjustments and made plays of its own. Junior transfer defensive back Khalil Rashaad-Brown picked off a pass for the first forced turnover and junior corner Nik Needham also intercepted a pass in the red zone for the second forced turnover.

Back to the offensive side of the ball, UTEP’s new pass catchers made impacts as junior transfer wide receiver Alan Busey made a 33-yard grab from junior quarterback Ryan Metz and sophomore transfer tight end Josh Weeks tallied a pair of grabs for 29 yards, including a long of 25 yards from Metz.

During the ‘gotta-have-it’ segment, where the offense takes the ball at midfield on a 4th-and-four scenario, Terry Juniel took a Metz pass to the end zone for a 50-yard score. The Miners didn’t convert the first fourth-down attempt.

As far as leading tacklers, freshman Dedrick Simpson, senior Devin Cockrell and Jamar Smith each recorded a trio of stops.

Redix led the way with 88 yards on two receptions to lead the receivers, Dove led the running backs with 76 yards on five carries and Metz led the quarterbacks with 108 yards on 7-of-12 passing and an interception.

Greenlee threw for 86 yards on 2-of-3 passing and a score, and redshirt freshman Mark Torrez threw the other interception.

The Miners will continue with camp on Tuesday and will play the second and final scrimmage of camp on Sunday, Aug. 20 at approximately at 8:45 a.m. MT. The team will head back to the Sun City following the scrimmage