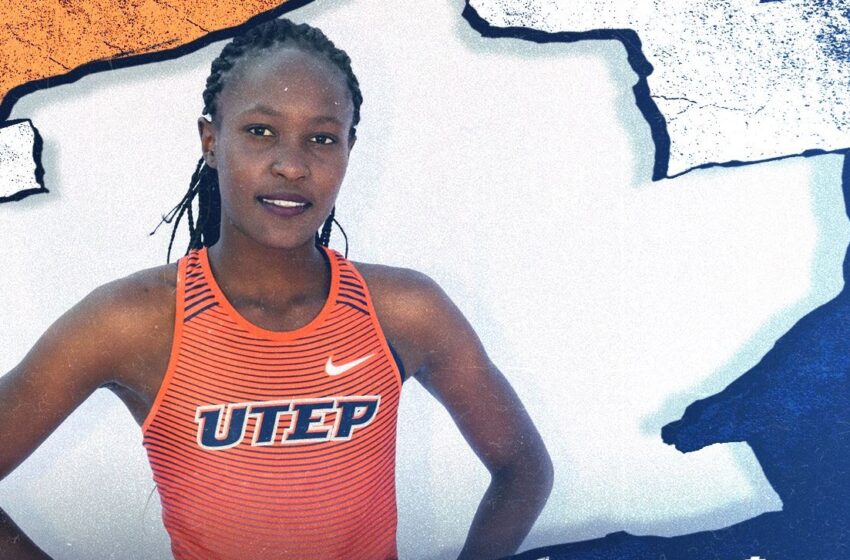 “Carolyne Chepkosgei on the women’s side, and Jevaughn Powell and Dennis Johnson on the men’s side were the highlights for us today,” UTEP Head Coach Mika Laaksonen said. “Wind ruined the distance events when it came to times, but we still competed hard in those events which was great to see. We also got reasonable amount of personal bests from this meet which is always good at this point of the season. I wish there were more teams, since bit ‘stiffer’ challenge would have brought more out of our best people.”

The women’s 4x100m relay team composed of Caicedo, Brume, Chinique Brown and Denae McFarlane won its second race of the season, clocking in a 46.32.

UTEP beat UTSA out by 41 seconds. The Miners’ first victory came on the same track at the UTSA Invitational on March 20.

The men, which competed in its second 4×100 event, won its first relay of the season as Shakeem Smith, Bailey, Chevannie Hanson and Dennis Johnson posted a time of 40.54. UTEP beat out UIW by 21 seconds.

Titus Cheruiyot competed in his first career 1500m run and placed second with a time of 3:59.82.

Up next,UTEP will travel to Albuquerque, N.M., to compete at New Mexico’s Don Kirby Tailwind Invitational on Thursday, April 22.