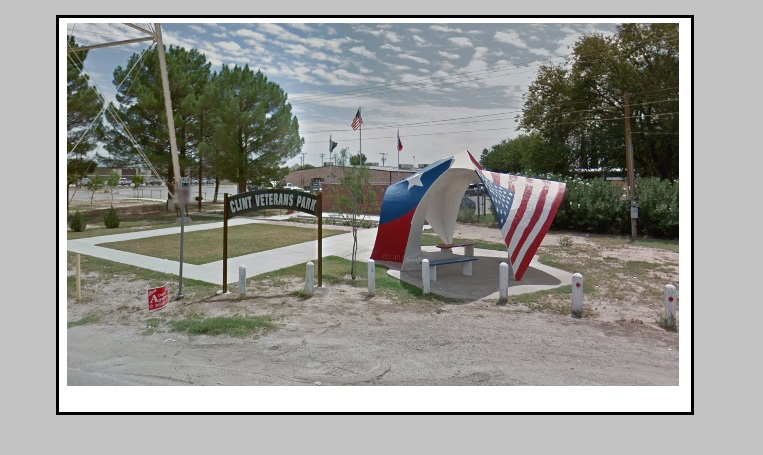 Robert Alvarez of Clint, Texas was only twenty years old when he was killed in Vietnam. He was the first casualty from that war in the town of Clint. He wouldn’t be the last and he hadn’t been the first to die in combat either.

Tragically, before him, the sleepy little farm town of Clint had lost brave patriots in WWI, WWII, Korea, and would lose more in Vietnam, Desert Storm, Iraq, and Afghanistan.

Clint has always been proud of its servicemen and women. Robert Alvarez would later have a street named after him in Clint to honor his service. Robert Alvarez Drive is located right before you cross the railroad tracks heading to Alameda.

You’d probably be forgiven if you didn’t know about Robert Alvarez or the street named after him. You’d be forgiven if you didn’t know why the street had been named after him in the first place. The name Robert Alvarez may be prominently inscribed on a green metal street sign that passersby may or may not notice on their commutes, but to many it’s just a name.

It can easily be taken for granted, easily forgotten. It may not have any more significance than any of the other street signs in the town; signs such as Fenter, Lawson, or McKinney.

Robert Alvarez Drive in its random yet strategic placement, might evoke thoughts that Mr. Robert Alvarez must have been important enough to have a street named after him, but no reason for this importance can be known to the countless people driving by, and that’s a shame.

PFC Alvarez’ family hasn’t forgotten why their loved one has a street named after him. Neither have the friends who grew up with him; the contemporaries that picked cotton with him, went to school with him, attended San Lorenzo on Sundays with him, played on the train tracks with him, got into mischief with him, or even enlisted in the military with him.

Years ago, a group of Clint veterans envisioned a memorial to honor the brave brothers and sisters that had served their country so courageously from their hometown. These veterans began raising money for this idea, this dream. They reached out to local, county, city, and state officials to support their vision and their efforts.

They found help and encouragement from the mayor of Clint at that time and the town council. Clergy from the various churches in Clint also lent their support. This handful of veterans began raising money through enchilada suppers and raffles, their humble and handwritten signs advertising these events were proudly erected throughout the town of Clint.

Buoyed by the support they were receiving from citizens, fellow veterans, and officials from all around El Paso County and the state, they accelerated their fundraising efforts by selling bricks. The bricks would bear the names of town loved ones, whether veterans or not. The bricks would pave the memorial. Families and friends would buy these bricks to commemorate their loved ones but to also show their support for the veterans’ memorial in Clint.

After years of planning, which consisted of informal meetings gathered around a fire, frying chicken in the disco, and enjoying a cold beverage of choice, the Clint veterans, now known as VICTORY, began building their memorial. Media and dignitaries attended the groundbreaking.

Families and friends proudly stood alongside the veterans. The event made the front page of the El Paso Times.

It’s been a few years now since the town veterans realized their dream. The Clint Veterans’ Memorial Park can be found along a major thoroughfare in Clint, in the shadow of the old water tower.

Students from the school located directly across the memorial can visit. Social Studies and English teachers from the local schools can use the memorial for class projects. Family and friends can stop and reflect on their fallen loved ones.

The memorial is lovingly and proudly maintained by VICTORY. It’s never is any disarray. It’s decorated for Christmas. Veterans’ Day and Memorial Day celebrations are held there with Baptists, Methodists, and Catholics praying together. Marines, soldiers, sailors, and airmen and airwomen stand side by side in solidarity.

The significance of this memorial cannot be mistaken. Anyone driving along FM 1110 can glance over and see the Clint Veterans’ Memorial Park. There can be no confusion as to why the park exists.

It exists for Clint to remember. It exists for younger generations to learn. It exists to remind all of us that our friends, neighbors and loved ones have fought and served alongside each other in defense of our freedoms and values.

It exists because a group of Clint veterans found another cause to champion. They found another mission to unite behind, a mission to
honor a small town’s veterans, to bestow a gift to their town for generations to come.

Robert Alvarez Drive is still seen by drivers crossing the tracks on FM 1110, as it should be; but drive a bit further down this road, cross the railroad tracks, and glance to the left before stopping at the stop light on Alameda and there you’ll see the Battlefield Cross, the POW flag, and the American Flag flanking the Clint Veterans’ Memorial; a memorial first conceived by a handful of veterans who cared deeply for their fallen brothers and sisters and their town.

Stop if you’d like and read the bricks that pave the front of the memorial. Reflect on their significance. See if there’s anyone you recognize. You might see my dad’s name, Sgt. Enrique Franco and my mom’s name, Abigail Franco.

The land it sits on may be attractive to others who don’t share the values of the veterans and veterans’ families and friends in Clint; but this memorial now sits on sacred ground.

For years it has lovingly, proudly, and steadfastly stood to memorialize the most sacred sacrifice a Clint resident has given.

Christina Franco is a veteran special educator that has spent her life advocating for the needs of students with disabilities and their families. She is a native of a small farming community in the border region of El Paso, Texas, and the proud descendant of migrant workers. Christina has always spoken out for the plight of the disenfranchised and strongly believes in the power of enlightenment and equality through literacy and education. Christina holds a B.S. in Speech Language Pathology, an M.Ed. in Educational Diagnostics, and an M.S. in Library and Information Sciences from the Universities of Texas at El Paso and North Texas. She enjoys writing essays about life on the border; through her writing bringing to life the colorful and diverse cast of characters and experiences of her youth and of her daily life on the border.