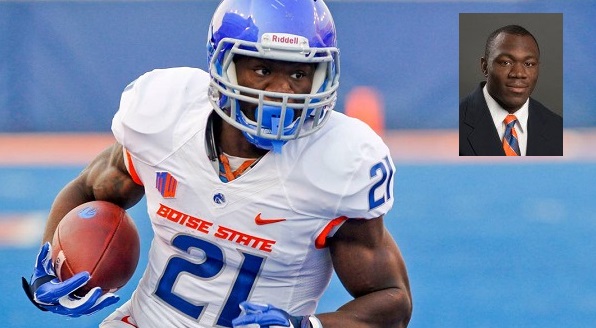 El Paso resident and former Americas High School and Boise State Running Back Jack Fields was killed after a confrontation in Georgia that involved local police.

According to the Augusta Chronicle, the 25-year-old Fields was staying at a local hotel when the local police department received a call regarding some sort of incident with a guest.

The report goes on to state:

According to the Georgia Bureau of Investigation, around 8:11 p.m., the Richmond County Sheriff’s Office was contacted by the hotel in reference to a “trouble with subject call.” Richmond County Deputy Stephan Psillos responded to the location and encountered Fields in the lobby of the hotel.

According to the Idaho Statesman, Fields’ coach at Americas High School, Patrick Melton, confirmed with the Statesman that it was the same fields who played at Boise State.

The Socorro Independent School District and Americas High School is deeply saddened by the news about Jack Fields, a 2012 graduate of Americas High School. Jack was a respected and talented student-athlete and leader while at Americas High School. We do not know the details of the tragic incident that occurred in Georgia last night. Our thoughts and prayers are with the Fields family, as well as the officer involved.

Fields graduated from Americas High School in 2012, ending his high school football career with over 4,000 yards rushing. That performance landed him at Boise State, where he played from 2012 to 2015.

**This story will be updated, as needed, throughout the day.