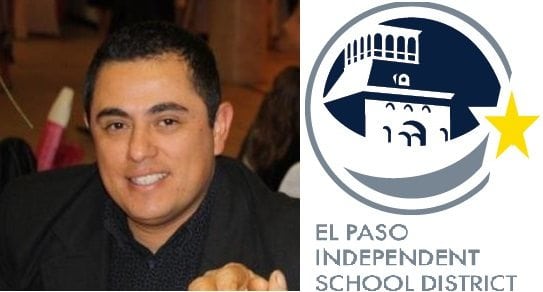 A new state law aimed at giving students who completed all coursework but did not pass one or more portions of the TAKS test is giving new hope to thousands of Texans who do not have their high-school diploma.

The law, Texas Senate Bill 463, says those students may be eligible to officially graduate from high school if they meet certain criteria such as service in the military or earned a certification from an approved list of industries.

Just weeks after the new rule went into effect, the first student believed to have taken advantage of the law is confirmed to become the newest Texas high-school graduate — and he is an Irvin High School Rocket.

“This opens up so many opportunities for me and my family,” said Enrique Guzman Jr., a former Irvin student who had been scheduled to graduate with the Class of 1994. “There are good-paying jobs that I can go for now that I know I have transcripts that show I am a high-school graduate. It’s going to make a big difference.”

Guzman completed all course requirements toward graduation and even participated in commencement ceremonies back in 1994. However, his records showed that he had not passed the writing portion of the Texas Assessment of Knowledge and Skills, the state-mandated test that preceded the current State of Texas Assessment of Academic Readiness, or STAAR.

After high school, Guzman took some courses at El Paso Community College and eventually joined the U.S. Army, where he remains as a member of the National Guard. He then moved to the Houston area, where has lived since 1999.

His lack of a high school diploma became an issue when he tried to enroll at the Art Institute of Houston in the early 2000s. Although he was able to take some classes, he was not able to fully complete a bachelor’s degree there.

“When I realized what happened and how it was affecting me, I called the school district and asked what I could do to get the high school diploma. They told me I could retake the tests so I was ready to do that,” Guzman said.

“But then I got a call from (State Board of Education Member) Georgina Perez and she told me that they were working on this new law that could help people like me,” he added. “She kept me up to date on everything and really helped me throughout the process. She was fantastic.”

Perez, who represents El Paso and dozens of other counties in west Texas, was one of the advocates that pushed the law. She said she personally called Guzman to let him know the diploma is on its way to him.

“Today we made good on a promise and our communities and state are the better for it,” she said. “Tomorrow, my hope is to make good on thousands more.”

Perez said the drive to pass SB 463 was an economic one, since reports show that Texans with a high-school diploma and at least some college or industry certifications can earn up to $19,000 more per year in income.

Guzman, who owns his own business, says he may already qualify for a raise from the Army. His current rank of sergeant (E5) may be elevated to staff sergeant (E6) after he receives his diploma officially.

“It’s already making a huge a difference having this diploma,” said Guzman, who is an Iraqi veteran. “I urge anyone who didn’t pass the TAKS and who has moved on, to do it. It’s been a great experience.”

To qualify for the program, participants must show school districts that they have served in the military, earned college credit, earned a certification from an approved list of industries or met performance standard on an alternative assessment. For more information on SB 463, click here.

In EPISD, the Office of Student and Parent Services, in collaboration with the Counseling and Advising Department, are helping former students determine if they’re eligible for a high-school diploma under the old rule.

Cheryll Felder, EPISD’s Director of Student and Parent Services, said there are already at least two other students who have submitted paperwork to be considered for a high-school diploma under SB 463.

EPISD is giving participants in the program the option of participating in graduation ceremonies in June. Guzman politely declined.

“I guess I’m officially the oldest member of the Irvin Class of 2018,” he said jokingly. “But I feel more a part of the Class of 1994 than anything else.”