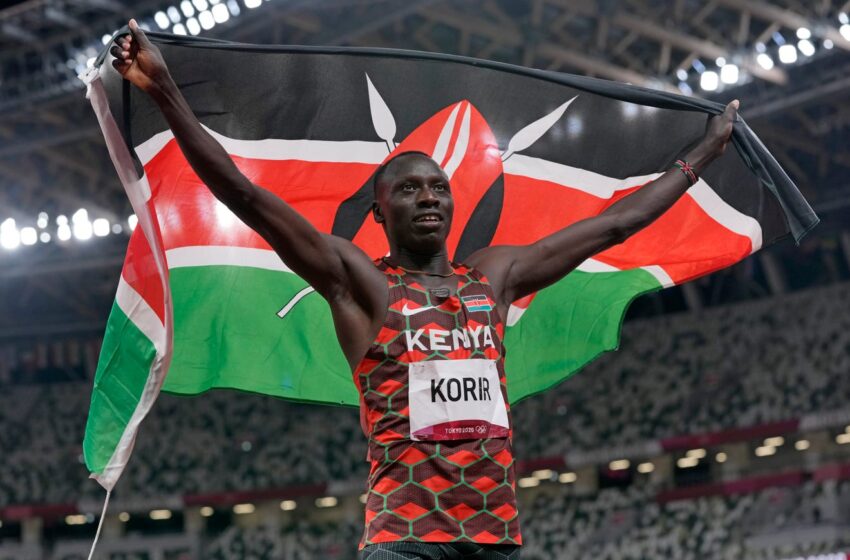 TOKYO, Japan – Emmanuel Korir, who competed with the UTEP track and field program in 2017, crossed the finish line first in the men’s 800m final to claim gold at the Games of the XXXII Olympiad at Olympic Stadium in Tokyo.

“It’s amazing. I mean, I’m so happy and grateful, this is a big achievement,” Korir told Olympics.com. “I’ve been praying and hoping to maybe one day have a medal and today I have it and I’m so thankful.”

Korir clocked in a 1:45.06 to extend Kenya’s 800m gold streak to four straight Olympics. After his stellar performance, Korir is the sixth-fastest 800m runner of all-time. His teammate Ferguso

“This is a great day for Emmanuel, El Paso, the UTEP track and field program and Kenya as a country,” UTEP Coach Paul Ereng said. “Emmanuel is a very fast runner and the race was very slow. So, Emmanuel really had to run the last 400. In that kind of race, the fastest guy wins. Emmanuel had some challenges prior to the Olympics. He was in a car accident back in 2019 and then COVID kicked in in 2020, so he really didn’t have a lot of races from 2019 after the World Championships.”

Korir became just the third Miner and first since 1984 to win a gold medal in track and field at the Olympics. He’s also the 16th overall former UTEP track and field student-athlete to medal at The Games.

Korir, who competed in his first Olympics, also claimed gold in the 800m in 2018 at the Continental Cup, and silver in the 800m the same year at the African Championships.