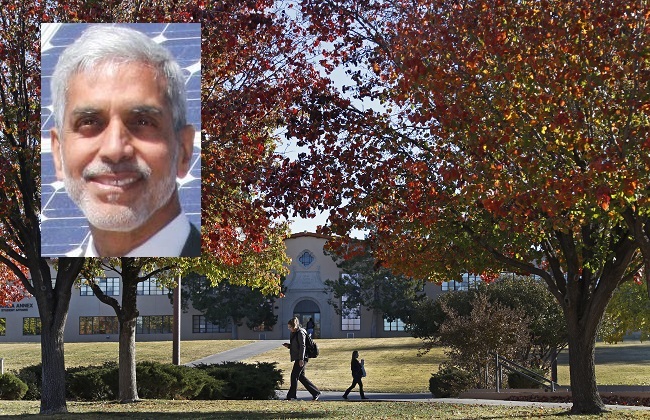 New Mexico State University’s College of Engineering will host the 46th Distinguished Bromilow Lecture with Abbas Akhil virtually at 4 p.m. Friday, Feb. 26. His lecture is titled, “Through the Looking Glass – Past, Present and Future of the Electric Grid.” | Photos courtesy NMSU

New Mexico State University’s College of Engineering will host Abbas Akhil as the 46th Distinguished Bromilow Lecturer at 4 p.m. Friday, February 26, via Zoom. His lecture is titled, “Through the Looking Glass – Past, Present and Future of the Electric Grid.”

Akhil was elected state representative for New Mexico House District 20 in 2018. Akhil continues to serve as the principal of Renewable Energy Ventures, LLC, a consulting practice he started after he retired from Sandia National Laboratories in 2012.

Akhil worked at the Sandia National Laboratories-managed United States Department of Energy’s Energy Storage Program for 22 years primarily investigating the role and benefits of energy storage in the electric grid. This work led to several energy storage projects on the lower 48 states, Hawaii and Alaska.

He was instrumental in creating the Distributed Energy Technologies Laboratory at Sandia which serves as a test bed for distributed generation and distributed storage systems. He also co-developed the Energy Surety Microgrid methodology for military bases which is being implemented at U.S. military installations.

Soon after retiring, Akhil was the lead author of the 2013 Department of Energy/Electric Power Institute Electricity Storage Handbook, a hands-on guide to energy storage in a wide range of electric utility applications.

Akhil worked at Public Service Company of New Mexico for 13 years in the Resource Analysis Department before his employment at Sandia National Laboratories.

Akhil currently serves on the NMSU Chancellor’s Energy Cabinet, which serves to advise Chancellor Dan Arvizu on opportunities and public-private partnerships that elevate NMSU as a leader in clean energy research and application. The objective is to build on faculty expertise across the NMSU system.

A graduate from NMSU with a master’s degree in industrial engineering, Akhil and his wife, Habiba, also an NMSU alum, moved from Las Cruces to Albuquerque, which has been their home for more than 40 years. Their three children were born and raised in Albuquerque.

The Bromilow Lecture is held annually by the College of Engineering in recognition of Frank Bromilow, who came to NMSU in 1951 as professor and department head of civil engineering.

In 1961, he became dean of the college and director of the Engineering Experiment Station, positions he held until his death in 1974. The lecture honors Bromilow’s leadership and enhancement of the quality of faculty during his tenure as dean.