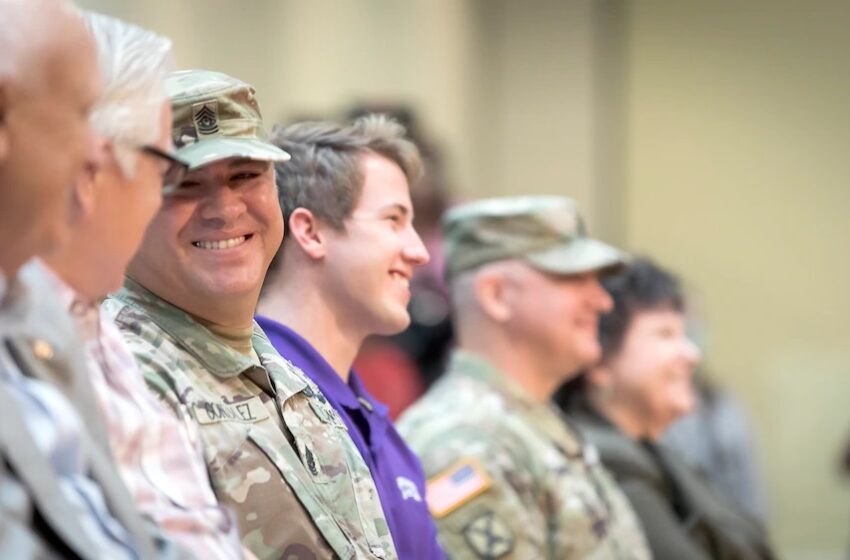 After being away from his hometown for 26 years, the kid from the barrio is back, and “here to stay,” said Command Sergeant Major Gerardo Gonzalez, who took responsibility of the Fort Bliss Garrison, earlier this year.

Born in El Paso and raised in Anthony, New Mexico, in a modest lot of land, where his family had a few chickens, goats and hogs. He spent most of his childhood helping his mother tend to the animals, as his father was gone long periods of time, migrating from state to state, following whatever crop was in season, to make ends meet.

During his high school summer breaks, Gonzalez’s duties transitioned to working in the fields or in an onion packing plant, to help the family and buy school clothes.

“There were no vacations for us,” said Gonzalez. “There was a lot of work to be done, but it was a great upbringing, surrounded by family, friends and schoolmates.”

His enthusiasm for the military derived from watching Soldiers in their uniforms during their visits to El Paso.

“It wowed me,” Gonzalez said.

The school visits from recruiters displaying Army trucks were other elements that kept him longing to join, but the deciding factor was when he joined the Navy JROTC.

“I thought to myself, ‘This is the life for me,’” said Gonzalez.

He joined the 355th Medical Company, a Reserve unit, while still in high school at 17. He recalled being relieved not having to work in the fields that summer, as he headed to basic training in “humid” Fort Sill, Oklahoma, instead.

Due to military cuts, his reserve unit deactivated, joining the Army was his only other option to serve. He qualified as a helicopter mechanic and after watching a video of an OH-58 Kiowa flying and firing along the trees, he knew that was it.

So far, Gonzalez’s most thrilling assignments were with the 160th Special Operations Aviation Regiment (SOAR), also known as Night Stalkers, where he wore different hats, from crew chief to flight platoon sergeant and lastly as first sergeant, for 14 years. Members of this elite group are specialized Soldiers who conduct some of the most dangerous missions.

He lost track of how many times he deployed. He thinks maybe 14 times, recalling the numerous life threatening encounters the crew experienced and discussed over yet another breakfast.

“My deployments were a little different because I was in special operations, so our deployments were about 90 days, constantly rotating in and out of theater. You come back train for a month or two and then back,” Gonzalez said.

His best experiences include the friendships and the comradery. He enjoyed all his assignments, the traveling, places he and his family have been to and stationed. However, being part of Night Stalkers and living in Hawaii have been by far his favorite.

Gonzalez says Memorial Day is one the toughest holidays for him, as losing comrades has been the worst experiences, whether in combat or shortly after returning.

He attributes his success to God, who he says has watched over him throughout his career and his mother, for always praying for him since he left.

“I’m grateful to both my mom and dad for teaching me to do the right thing and that hard work pays off, and to my dad who taught me the meaning of a ‘family man,’” said Gonzalez.

His message to Soldiers is, “Find what your goals are and get after it. Be with people who push you and encourage you to accomplish your goals.”

“Get out of your comfort zone and see the Southwest. There is so much to see. Morale, Welfare and Recreation offers great opportunities to see the region — just get out and do it,” said Gonzalez.

Of course, he is thrilled to be back to the place he considers home, for which he has been longing to come back to, since he joined the Army. He considers himself the “luckiest man in the world,” for his new assignment as the Fort Bliss garrison command sergeant major, on the “best installation in the Army.”

“There is no other installation that is loved and cared for by the people as we are here, and you can’t beat the amenities,” said Gonzalez “We have landed in a gold mine.”