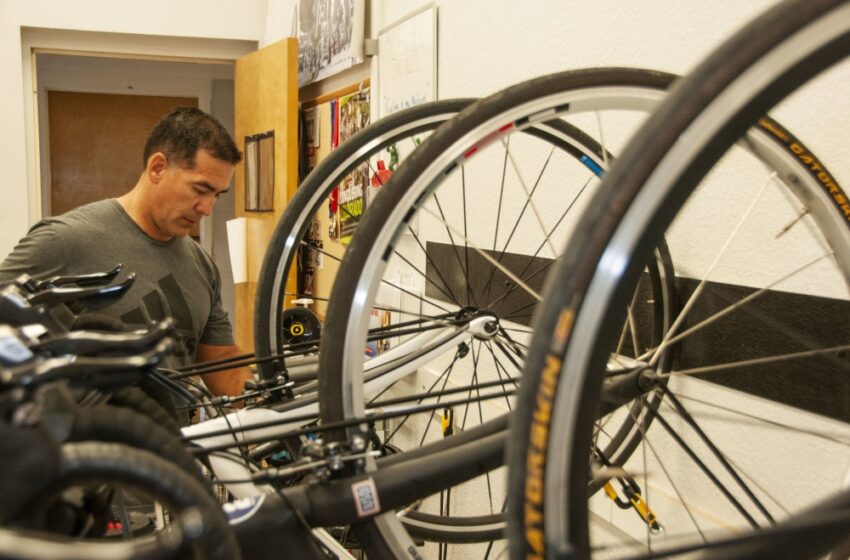 The award, named after the late comedian Bob Hope, is presented to one individual or an organization selected by each branch of service as well as an honoree from the Office of the Secretary of Defense who characterize the values Hope embodied: duty, honor, courage, loyalty, commitment, integrity, and selfless dedication.

“Today’s honorees embody that commitment, they embody that spirit, and they embody the best attributes of (Hope),” said Michael Rhodes, Director of Administration and Management, Office of the Secretary of Defense. “You serve those who protect this nation, you serve those who protect the freedoms we enjoy on a daily basis, so it is an honor to publicly thank and recognize these patriots for what they do for our nation to improve the lives of our troops.”

Cortez, an El Paso native who studied physical therapy in the Netherlands, has worked alongside hundreds of wounded, ill and injured Soldiers with the WTB for the past three years, providing Soldiers an innovative and individual-based approach to physical therapy, resulting in many making full recoveries from debilitating injuries and physical combat-related trauma.

“My mission is to help any ill or wounded Soldiers to recuperate or return to the fight, and if they can’t I help them recuperate as much as they can to become productive veterans,” said Cortez. “I show them that they may not be the same person they were before but there’s many more things they are able to do.”

For almost a year and a half, Cortez’ commitment to Soldiers has helped one Soldier’s return to duty, after suffering multiple injuries and surgeries to his shoulder in addition to being diagnosed with asthma.

“(My unit) sent me to the Warrior Transition Battalion, and I met (Cortez) and from day one we started working on the shoulder which only had about two to three percent range of motion,” said Spc. Ricardo Cabrera-Murphy, a Soldier in transition with the WTB. “I couldn’t even do anything (due to his injuries) not even wash myself, my wife had to help.

“When I got here that’s when everything started changing, (the physical therapy team) started rebuilding me to get me back to where I was,” said Cabrera-Murphy, a native of Carolina, Puerto Rico.

While doubting a successful recovery, Cabrera-Murphy and his family began to plan for his separation from the Army, despite his desire to continue service.

“After the first surgery I was still confident, after the second I thought ‘that’s it for me, I won’t be able to go back to work’,” said Cabrera-Murphy. “As time went on, the shoulder got better and eventually got 85 percent range of motion, I passed my (physical fitness test) and getting back in the fight.”

Cabrera-Murphy credits Cortez and the Fort Bliss WTB for his return to the Force, stating the command continuously emphasized proper recovery and determination.

“I’m so excited because if it wasn’t for (Cortez), I wouldn’t be going back to work,” said Cabrera-Murphy. “(Cortez) is dedicated to the Soldiers, giving them that personal care and not letting anything get by him.”

For Cortez, who has been practicing physical therapy for 20 years, the award was unexpected and came as a surprise after he was selected, but Cortez gives full credit to the Fort Bliss WTB and his coworkers who share a common objective: to make a difference.

“I think the whole WTB deserves recognition because we all do a great job and have a part in taking care of the Soldier,” said Cortez. “This award was unexpected but what gives me the greatest pleasure in my job is making a difference in the Soldiers’ lives and that’s what’s most important to me.”

According to the award citation, Cortez’ reputation as a competent, passionate and effective physical therapist gained the attention of installation leaders and was sought after by the 1st Armored Division to assist with improving the rehabilitative strength and conditioning programs across Fort Bliss, significantly increasing the readiness posture of 1st Armored Division and the U.S. Army as a whole.

“I push the Soldiers to better themselves physically, but when I see them bettering themselves and working harder, it motivates me to work harder for them, it’s back and forth with me,” said Cortez. “The best part of my job is when a Soldier says ‘Thank you. You have helped me through this hard time and you gave me some sort of hope that I can do something with myself’.”

The Spirit of Hope Award was established in 1997 and has been presented to various service members, civilians, organizations and even celebrities such as Kelly Pickler, Toby Keith and Gary Sinise.

“In the past, our honorees have been national or international organizations, possibly world recognized. They’ve been regional or local organizations that maybe only those around them know by name. But, what they all had in common is the fact that they recognize the critical importance of supporting the quality of life of our military personnel and their families,” said Rhodes, during the awards ceremony. “(Hope) and his family will always hold a special place in this Nation and especially in the hearts of the men and women who wear the uniform, who are willing to risk their lives for whatever the Nation may require of them.”

The Department of Defense awarded five individuals and one organization with the Spirit of Hope Award during an awards ceremony at the Pentagon, September 28.