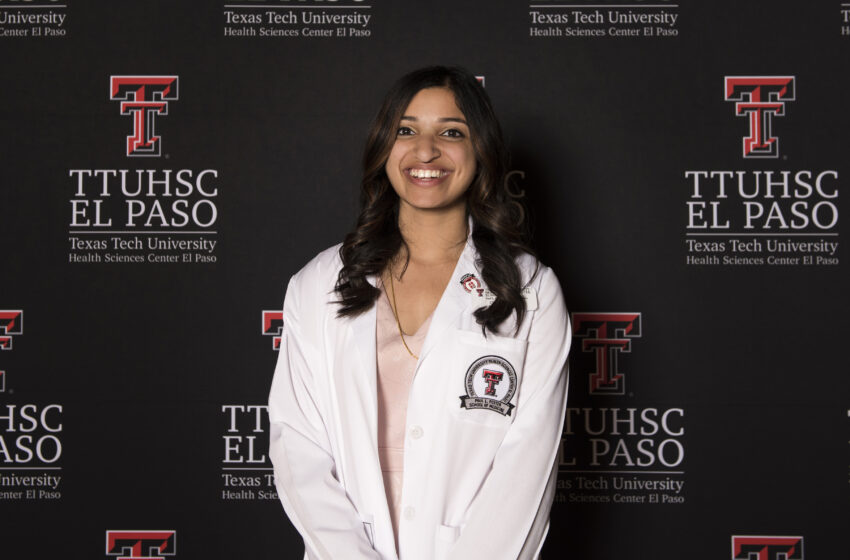 Lukose, a student at the Foster School of Medicine, presented her research on metabolic syndrome at the 80th Scientific Sessions of the American Diabetes Association in June.

The ADA Scientific Sessions is the largest diabetes conference in the world, attracting between 15,000 and 20,000 diabetes experts, including clinicians, scientists and educators. Originally slated for Chicago, the conference was conducted remotely/virtually this year due to the COVID-19 pandemic.

The abstract of Lukose’s work was submitted in January, then peer reviewed and accepted for presentation and publication. Lukose’s research, “Metabolic Syndrome Subtypes Point to
Distinct Origins of Glucose Intolerance,” was recently published in the journal Diabetes.  Erin B. Campbell and David P. Cistola are co-authors.

“Our research project focused on metabolic syndrome, specifically about how we could better categorize metabolic syndrome into groups based on their relationship to insulin resistance,” said Lukose, who is entering her fourth year of medical school.

Metabolic syndrome is a cluster of conditions that include increased blood pressure, high blood sugar, excess body fat around the waist, and abnormal cholesterol or triglyceride levels. People with metabolic syndrome are at increased risk of heart disease, stroke and Type 2 diabetes.

“The group of patients that have metabolic syndrome, but not insulin resistance, is the mystery group that needs recognition,” Lukose said. “By exploring the pathophysiology behind this group, we can begin to treat all metabolic syndrome patients appropriately and hopefully reduce progression to diabetic and cardiovascular complications which are disproportionately prevalent in our region.”

Lukose’s project began in the summer of 2019 as part of the school’s Scholarly Activity and Research Program for medical students. She was drawn to the project because of the diabetic research of David P. Cistola, M.D., Ph.D., interim vice president for research at TTUHSC El Paso. Dr. Cistola also is director and professor of the Center of Emphasis in Diabetes and Metabolism in the Department of Molecular and Translational Medicine.

“I was motivated to study metabolic syndrome because of how pervasive it is in our country,” Lukose said. “I hope, with increasing research, we can make strides to fight the pandemic of diabetes.”

Lukose’s work was presented at the largest and most prestigious diabetes conference in the world, Dr. Cistola said.

“This is a distinct honor for a medical student, as the presenters are leaders in diabetes research and clinical care,” Dr. Cistola said. “Christy’s work provides important new insights into the underlying cause of Type 2 diabetes.”

Lukose’s future plans include gaining as much experience as she can in every clinical rotation, particularly in pediatrics.

“With the increasing incidence of Type 2 diabetes mellitus in children, I may decide to continue researching diabetes,” Lukose said.

Lukose said she chose to attend the Foster School of Medicine because it offers an impressive educational program in a warm and friendly city.

“Everyone is inviting and seeks to build each other up,” Lukose said. “I also knew El Paso would be one of the best places to learn Spanish, a skill that will serve me well no matter where I practice.”