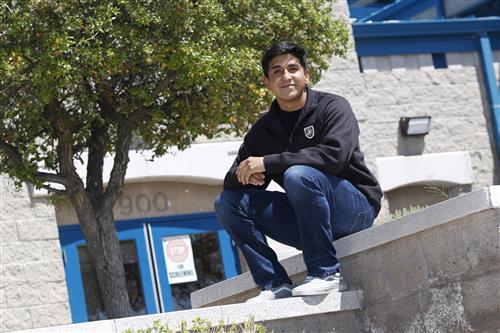 The Franklin varsity swim captain recently received his official appointment to attend the New York military academy in the fall.

“It is surreal,” he said. “I remember learning about West Point around fifth grade when we had ‘No Excuses University’ and they would teach you about college and how important it is. It’s been a dream of mine for so long.”

His father, a former army captain who served 18 years, inspired his decision to apply for an appointment at the academy.

“Growing up watching my dad and hearing about the army, the discipline, the comradery and the chance to make a difference, that’s what piqued my interested,” Tanabe said. “All my life I’ve wanted to help people.”

The former altar server and member of the Assistance League of El Paso’s committed himself to volunteering and serving his community at an early age.

“Serving others is deeply personal to me,” he said. “Nothing is more fulfilling.”

At West Point, he sees himself learning to fly helicopters while pursuing a biology degree – giving him a chance to explore both his passion for aviation and his medical career options.

“West Point is the first step to leave a legacy and lasting impact on the world,” he said. “I hope to make everyone proud.”

Tababe, who is among his class’ top 10 percent, took his first step towards his military career by joining the National Guard.

“There’s a misconception that soldiers aren’t intelligent … that they’re not smart enough to go to college so they join the army,” he said. “But it’s just the opposite. My dad is the smartest person I know. He’s my hero and I look up to him. I want to break that misconception and that barrier.”