Armed with lots of facts and figures, the Franklin High School Quiz Bowl team will put its knowledge to the test this weekend when it competes among the best of the best in the United States at the National Championship Tournament.

The Cougars will be among the 224 schools virtually buzzing in to answer questions in topics such as pop culture, sports, current events and academics.

“It’s a test of who has the most general knowledge of trivia,” said senior Josh Freeman. “I feel grateful we are able to compete and got to nationals – even if it’s virtual. It’s still trivia. Still fun.”

The team has been preparing for the competition by meeting up on Zoom, and on their own trying to pick up new knowledge every day. The team earned their spot after winning a High Q competition.

“Our team is close outside of competing,” said junior Jezabel Jasso. “We complement each other. We’re strong in different subjects and when we’re all together, that’s how we succeed.”

“When you play to win, it makes it more difficult when you get a question wrong,” he said. “You have to have to have fun with it. Answer what you know and don’t worry about what you don’t know.”

Many in Franklin’s Quiz Bowl team have competed together for years together.

Senior Diego Alderete started competing as a freshman when his brother was team captain. The self-professed nerd found the extracurricular activity a good match for his wits. He encourages other students to consider joining, endearingly saying “it’s not just for nerds.”

“It’s the closest thing to sports for me because I’m a nerd,” he quipped. “I like the adrenaline rush when I get a question right.”

Freshman Brandyn Lu enjoyed competing in this year’s events and hopes to get better with each passing year.

“I look forward to experiencing nationals, seeing if I can answer as many questions as I can and finding other interesting things that I’m drawn to research,” said Lu, who loves science. 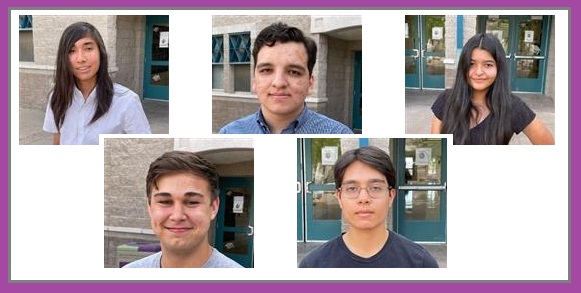