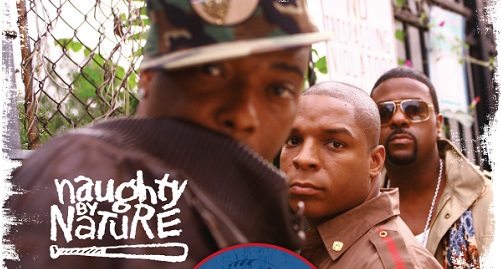 This free concert sponsored by Western Tech, Casa Ford and GEICO will be held on Saturday, July 22 at 7 p.m. and is open to the public.

Naughty By Nature has a twenty-year track record of creating the hits and party anthems that have become the soundtrack to our lives. Their music has smashed through mainstream barriers all while remaining true to the sound, message and grit of the hood. And now, these three kings of the Hip-Hop anthem have formally claimed their titles with the 20th Anniversary album, Anthem Inc. Treach, Vin Rock and DJ Kay Gee continue to create undeniably classic, hand-raising, life-affirming, Hip-Hop music.

Naughty By Nature’s self-titled debut album was released in 1991 and quickly assaulted the music charts with the instant classic #1 hit “O.P.P.” The group quickly became crossover stars, while maintaining their ghetto sensibility. To date, their success and longevity as a Hip-Hop group has been unparalleled.

The trio went on to produce their follow-up albums that have become part of America’s Hip-Hop legacy: 19 Naughty III (1993), Poverty’s Paradise (1995) and Nature’s Fury (1999). Inevitably, a break-up in 1999 would lead to the group members each following different, yet equally successful, personal endeavors.

In 2008, after years of steady touring and itching to get back in the studio, both Treach and Vin agreed, that in order for the next album to have that authentic sound and feel of Naughty By Nature, they must reunite with DJ Kay Gee. At this same time, VH1 bestowed their coveted “Hip-Hop Honor” to the group as innovators of our culture. Joining the ranks of Big Daddy Kane, Rakim and Eazy E., the group received their “Hip-Hop Honors” in October of 2008.

The group continues to tour globally, ripping stages from Australia to Canada and New Jersey to South Africa. Killah Priest, opening for Naughty By Nature, is a tangential associate of the Wu-Tang Clan. The Brooklyn native made his first recorded appearances on records by such Wu side projects and solo albums as the Gravediggaz, Ol’ Dirty Bastard’s Return to the 36 Chambers, and, most importantly, Genius/GZA’s seminal Liquid Swords.

His contributions became legendary and paved the way for the release of his acclaimed debut album, Heavy Mental, in the spring of 1998. DJ One Man Jazz, who’s also opening at the concert series, is a local DJ, formerly from Los Angeles where he opened up for countless hip-hop legends at the world renowned Do-Over music series.

To enter Fort Bliss during the event, drivers must show a valid U.S. Driver’s license or other U.S. Government issued ID at the Buffalo Soldier and Cassidy gates starting at 6 p.m. Freedom Crossing is located 1611 Haan Road, Fort Bliss, TX.

For more information and directions to the concert, please visit www.freedomcrossingatfortbliss.com or call 915-564-5311.