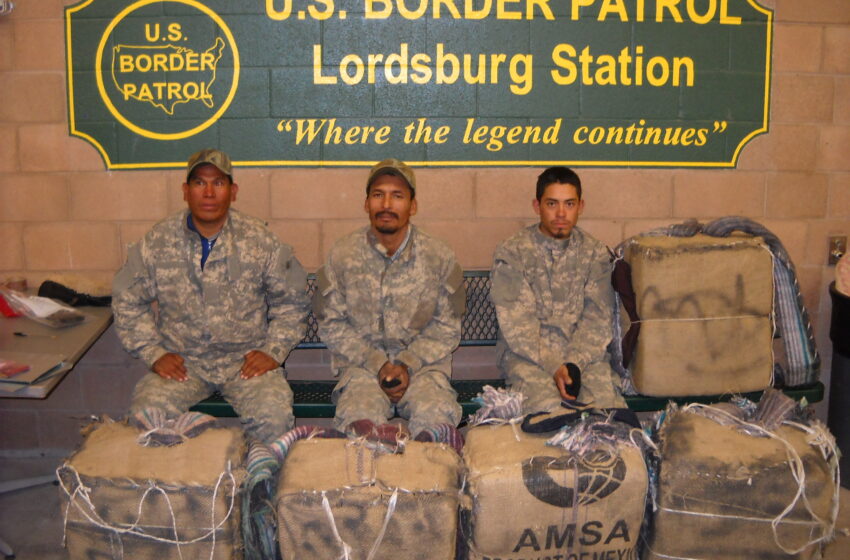 LORDSBURG, New Mexico – Tracking at night is not meant for everyone, but Border Patrol Agents make it an art-form. Agents were faced with that challenge south of Lordsburg last night, and were able to foil yet another drug smuggling effort thanks to those highly developed skills.

On the morning of November 6th, Agents using night-vision technology spotted seven people walking in the desert with large backpacks who had illegally crossed the U.S./Mexico International Boundary.  As Agents closed in on the group, three of the men were quickly apprehended and surrendered the backpacks they were carrying.

Four other unknown subjects left their backpacks behind as they quickly made their way back to Mexico.  The backpacks contained what appeared to be marijuana bundles. Agents took the bundles to the Lordsburg Station for further inspection.  The marijuana inside the five backpacks totaled 245 pounds, which has a street value of $196,000.

The Drug Enforcement Administration was contacted and will take custody of the three subjects and the marijuana.