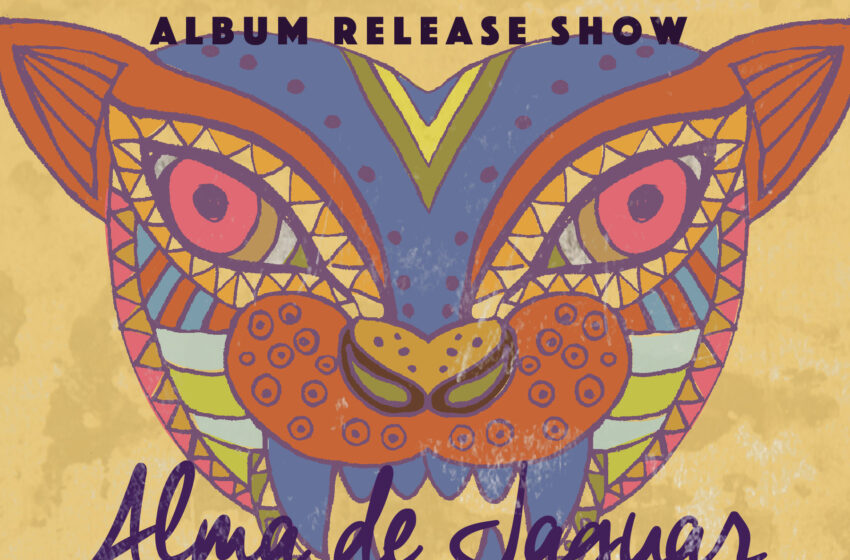 Friday, May 6th at Tricky Falls (209 S. El Paso Street), be among the first to hear the new music from the revitalized Frontera Bugalu at their Alma de Jaguar album release show.

The album was composed and arranged by accordionist/singer Kiko Rodriguez, DJ Birth DFX, and pianist Joel Osvaldo, and features prominent musicians in the Latin American music community from California, New Mexico, and Texas, including Tania Rodriguez, of Fuga, who guests on backing vocals, as well as a being featured as lead vocalist on one of the most innovative tracks, Jornalero.

Alma de Jaguar retains the band’s signature sound of alternative cumbia with Caribbean and mambo influences, but stretches them into a new direction that marks an evolution in the border band’s music while continuing to pursue signature themes of immigration, revolution, environmentalism, and more.

Alma de Jaguar is an encapsulation of the diaspora of Latin music in the southwest, and the music stays true to its origins: a unique, tasteful homage to the intricacies of the traditional musical styles of the Américas.

Doors open at 8pm, and the show starts at 9pm with a special opening set by Jim Ward and Birth DFX.

Copies of the limited edition first pressing of the album will be on sale at the concert, and tickets to the event are just $10.00, available in advance at www.ticketfly.com or at the door on the night of the show.