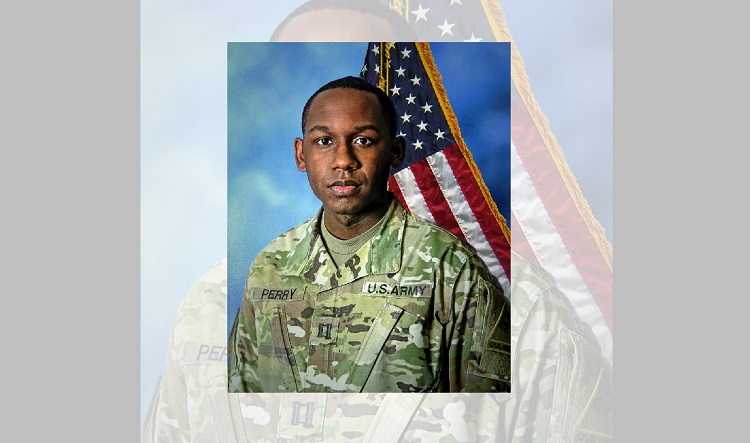 Perry was an Army Logistics Officer and joined from Virginia in May 2015. | Photo courtesy Fort Bliss

27 year old Capt. Malcolm X. Perry died from injuries sustained in a crash during the early hours on Sunday, on the east side of El Paso.

“Capt. Perry recently took command of Bravo Company and was selected to be a Company Commander for his passion for leadership and expertise,” said Lt. Col. Gilberto Escobedo, 123rd Brigade Support Battalion Commander.

“He embodied what we ask of young leaders in today’s Army, and it was my pleasure to serve with him and to experience his devotion to service to his fellow man and his attitude of present leadership. His service to this Division, the Army and our Nation will not be forgotten.”

Perry was an Army Logistics Officer and joined from Virginia in May 2015.

The details surrounding the accident are under the jurisdiction of the El Paso Police Department.