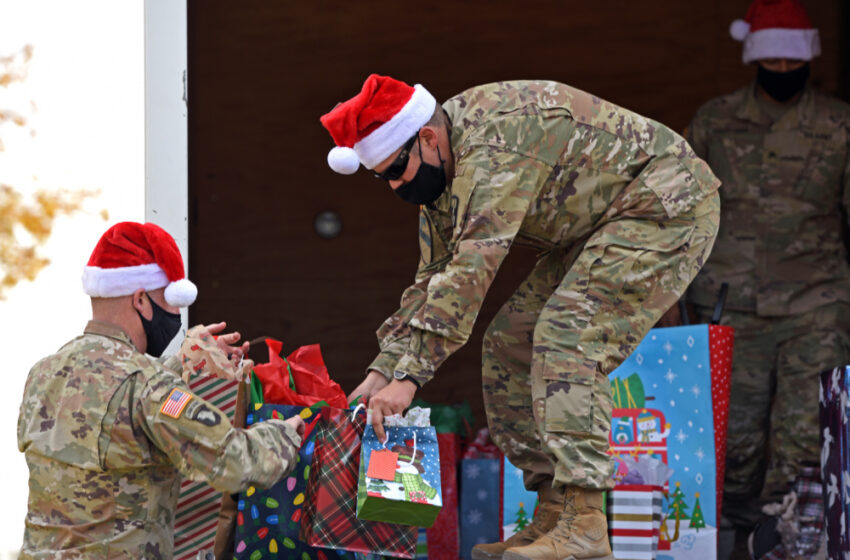 When Soldiers from the 528th Hospital Center on Fort Bliss, Texas, heard about children in need, they worked quickly to organize a toy drive to ensure they would have a Merry Christmas.

Capt. Felicia Gililland from the 131st Field Hospital organized the drive benefiting the Lee & Beulah Moor Children’s Home in El Paso, Texas. She said it was their way of giving back to the local community.

“We realized there was a need here for toys and we wanted to support this organization,” she said. “It’s been an amazing group effort between the El Paso community and also Task Force 528.”

After collecting toys for nearly a month, a small group of socially-distant Soldiers donned their Santa hats and dropped off the toys, as well as filled stockings, at the children’s home, on December 18, 2020.

The 528 HC collected toys up until the night before delivery. Gililland said the final Soldier to drop off toys did not even know about the effort, he just heard there were children in need and he wanted to help.

“All of the Soldiers were so excited when we said we were doing a toy drive for an organization – everybody came out to help,” Gililland said. “It has been an amazing experience for us and we will definitely look forward to doing this again next year.”

In addition to the toy drive, the 528 HC also teamed up with Santa Claus himself to establish a Santa Call Center on Fort Bliss.

The call center went live on Christmas Eve, with dedicated phone lines available to receive calls from El Paso children, including one in Spanish.

Santa’s 528th helpers also helped children track Santa, as well as answer some of their most frequently asked questions about Kris Kringle, such as, “How does Santa visit a house without a chimney?”

Col. Jason Sepanic, commander of the 528 HC, said he is proud of his Soldiers for their efforts with the toy drive and the call center.

He said, “This has been a tough year for everybody and this was just a way to give back to the community that supports us every day.”